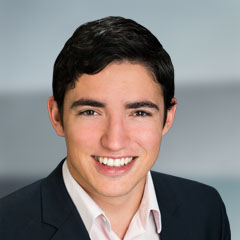 Healthcare officials across the globe are on high alert about the possibility of increased cyberattacks following Russia’s invasion of Ukraine. They are urging providers to bolster their defenses, and to do so quickly.

Hospitals in England were warned to make sure their systems are “patched and protected.” Similarly, US officials are calling on health systems to double down on their cyber defenses. The Cybersecurity and Infrastructure Security Agency and the American Hospital Association issued alerts about the potential rise of malware attacks from criminal hacking groups and nation-state adversaries.

Cyberattacks against health systems have been on the rise for the past few years. Roughly 74% of breaches reported to the HHS’ Office of Civil Rights last year were attributed to hacking incidents. That figure mirrors findings in a recent survey from HIMSS in which 67% of respondents said their healthcare organization had a significant security incident over the past 12 months. The two most common were phishing attacks (45%) or ransomware (17%).

We’ve all seen the reports of ransomware and other attacks crippling a hospital or health system for days as data and information systems were lockdown. The Internet of Things further complicates the matter as hackers can also gain access to medical devices, both within a hospital’s four walls or those connected to a patient. Recall in 2017 and 2018 that the Food and Drug Administration issued security bulletins about vulnerabilities in pacemakers. And the massive WannaCry ransomware attack of 2017 impacted radiology devices in some hospitals, HHS’ Office of Inspector General noted in a brief last summer.

With heightened attention to cybersecurity, now is an especially critical time for leaders to ensure that their policies and protocols are up to date. We’ve outlined three steps leaders can take immediately:


These are the blocking and tackling of cybersecurity and should be done on a routine basis, not just when there is a rise in the threat level. Perhaps the most critical step leaders can take is to build a culture of security across the enterprise. Every employee needs to view themself as part of the defense system.

Subscribe
Born in the Pandemic: Digital Health
The Way Forward for Health Promotion and Wellness
Asia’s Digital Hospitals of Tomorrow