The Post-Pandemic Payer Mix: Beyond the Impact of Unemployment

The healthcare insurance market has shown resiliency throughout the last year and a half, especially as employment levels have fluctuated due to the COVID-19 pandemic. As we detailed in Part 1 of this series, despite over 10% national unemployment during the summer of 2020, the uninsured rate actually declined as the newly unemployed retained employer coverage, enrolled in Medicaid, or purchased Affordable Care Act plans. In other words, COVID-19 has caused only modest disruption to the way US residents receive health care.

That’s not to say that the health insurance market will remain as stable in the coming year and beyond: multiple regulatory and legislative changes, as well as evolving approaches to employer-sponsored health insurance may cause shifts in payer enrollment mix.

A variety of federal and state-level policies will influence the availability of health coverage options and how expensive these options are to members. Aggregated near-term policy impacts suggest an increase in ACA membership, a decline in Medicaid enrollment and the uninsured population, and the continuation of employer group member attrition. 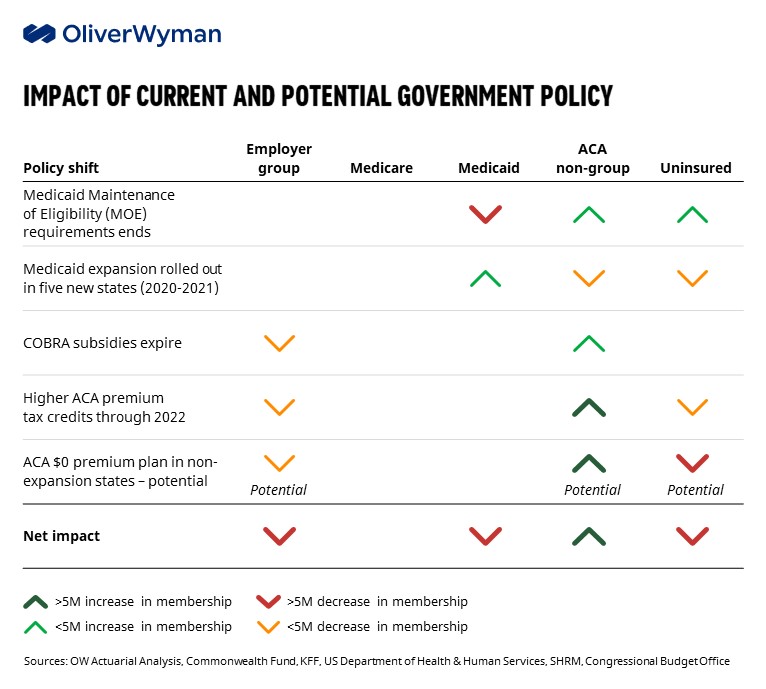 Over the next year, we expect the following policy shifts to have significant impact on the payer enrollment mix:

Employer-sponsored health insurance faces unique market dynamics as employers adjusted to the “new normal.” There are numerous unknowns as the nature of where and how employees work evolves, and the pandemic continues. However, based on current employer benefit trends, there is potential for an increase in lives covered by ACA individual market. 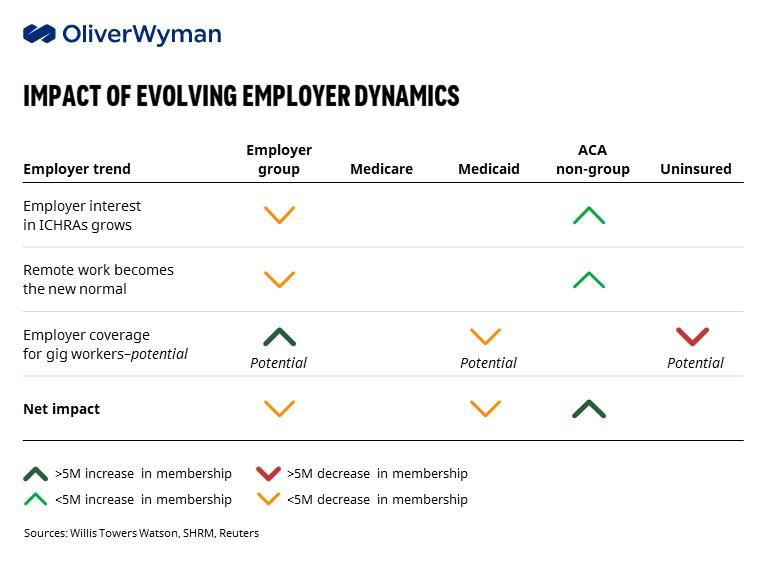 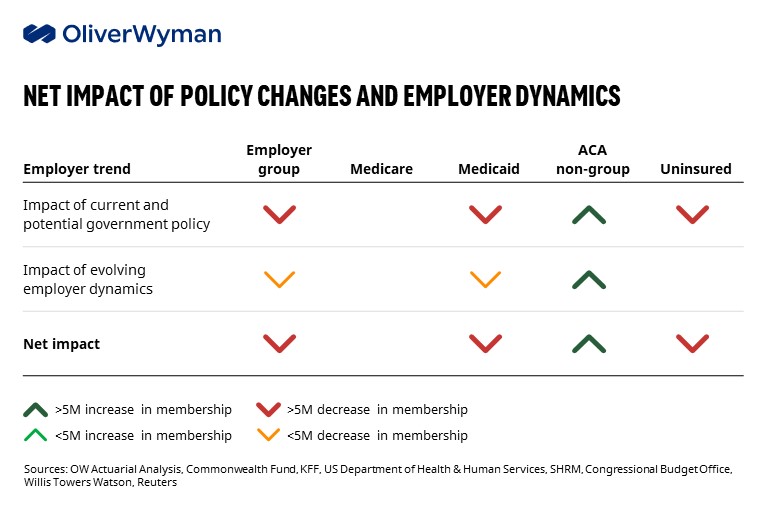 While the pandemic will continue to make its mark on the health insurance industry, these policy and job market factors will have an impact on payer enrollment mix, too. Most notably, they have the potential to promote substantial increases in ACA individual coverage. We are already seeing some insurers gear up for those changes with incumbent ACA plans expanding their geographic footprint-- . Cigna and Oscar Health, for example, plan to enter new ACA markets in 2022 -- and new players offering ACA coverage via the exchanges. Health plan leaders need to anticipate how forces will alter the landscape in 2022 and beyond and be ready to respond.