The Future of Data Sharing 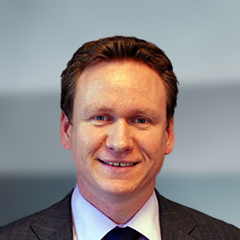 Key Takeaway
"Payers and providers must think hard about their role and how they create value for consumers." #OWHealth
Share

LESSONS FROM FINANCE ON DATA SHARING

The global financial crisis of 2008 to 2009 triggered a major restructuring of the finance industry. What emerged a decade later was an industry where data sharing was not only table stakes, but also a major driver of innovation that put customers in the driver seat of their data. Fintech innovation touches nearly every part of the industry, and newer players such as PayPal are valued more highly than traditional banking firms are. Acquisitions by big firms (such as Visa’s purchase of Plaid and Mastercard’s purchase of Finicity) signal the shift in power: from siloed to free-flowing data across the ecosystem.

Several factors drove this transformation in finance and inspire us to think about how we might enable a similar future in healthcare: (1) consumer-first thinking and innovation, (2) self-regulation working alongside more formal supervision to foster growth, and (3) favorable economics of digitization.

The 2008-2009 financial crisis triggered a major restructuring of the finance industry.

The financial data-sharing boom began when smaller players developed a foothold with unassuming services (such as PayPal), which served as Trojan horses for more broad-scale sharing of data. How and why did this happen?

Upstarts typically targeted markets underserved by traditional banking by focusing on a specific consumer need. The Mint app, for example, enabled consumers to monitor all their financial accounts on a single site and set goals. More recent examples include the targeting of Millennials (for example, with Robinhood) or other startups (for example, with Brex). Their limited product/market offering enabled them to focus sharply on consumer needs and convenience. Incumbents were happy to share data with these new players because they saw potential benefits for their customers and little threat to their core businesses. By the time they became wise to the threat, the innovators were entrenched in the hearts and minds of consumers and impossible to ignore.

At the same time, technology waves have fueled growth. The Internet boom allowed PayPal to grow along with the explosion of e-commerce. More recently, we’ve seen a recent wave of fintech innovation driven by cloud computing, which lowers investment costs and allows businesses to scale quickly. Startups can embrace these technologies more quickly than incumbents can, thus growing more nimbly and with significant cost and structural advantages.

The tipping point came in the early 2010s. Consumers became accustomed to providing their credentials to fintechs (such as Plaid), giving them access to data that previously existed only within banks. This resulted in the rapid expansion of consumer adoption and a boom in venture capital funding for fintech starting in 2014. At first, banks resisted, but eventually acquiesced. In 2015, several major financial institutions restricted access to data aggregators claiming unmanageable loads on their servers and the risk of security breaches. The Consumer Financial Protection Bureau (CFPB), empowered via the Dodd-Frank Act with regulatory authority, voiced support for data sharing but held off on regulation, encouraging both sides to collaborate. Partnerships between financial institutions and fintechs emerged out of a growing realization among incumbents that it could improve their value proposition to consumers.

The primary driver of fintech data sharing was a clear demand signal by consumers, via the fintech innovations they use, to reduce administrative frictions. Fintech players rapidly embraced this, solved transactional consumer hassles, and moved on to begin helping consumers with their needs directly, without being asked. For example, setting aside money into a savings account to help consumers reach a goal.

The primary driver of fintech data sharing was a clear demand signal by consumers to reduce administrative frictions.

In healthcare, despite our best intentions at being “consumer-centric,” healthcare is more complicated due to the B2B2C (Business-to-Business-to-Consumer) nature of transactions and funding, meaning many who are solving consumer hassles are serving multiple masters and trying to achieve multiple objectives. The (hopeful) parallel in healthcare would be services targeting the consumer directly; for example, the emerging digital-first telemedicine offerings that are untethered to their physician office. By targeting these services (ones consumers choose and pay for), incumbents and innovators alike have the opportunity to follow consumer demand signals more directly.

Separately, an interesting development in fintech was the rise of Plaid and its peer networks of trusted API-enablement (application programming interface-enablement) platforms, as opposed to API extensions built by the legacy ERP (enterprise resource planning) systems that served banks or managed much of the underlying data assets. By satisfying consumers’ demands for convenience, such as integrating multiple accounts in a single place, these API services assumed a stronger power position in the flow of information. Will we see the emergence in healthcare of a marketplace of private, trusted API-enablement networks that are laser-focused on making this capability work for both parties – consumers and health data stewards? Or will we continue to see a mixture of modest apps and electronic health record (EHR) platforms to serve this need? The emergence of such data stewards with a compelling value proposition to consumers is a gap the industry has yet to fill and has significant potential to be a tipping point for the industry.

We have seen the financial services industry collaborate on data and not wait for regulation to mandate action, enabling incumbents to better control their destiny. How and why did this happen? What dynamics make it a sustainable equilibrium today?

There’s a long history of data sharing going back almost three decades when seven major financial institutions came together to launch early warning services to prevent fraud associated with bank accounts and payments. This environment of open data exchange allowed the emergence of new players where financial institutions themselves were the customers. By solving connectivity between consumers and banks, data aggregators allowed other startups to focus on their products. New players are emerging to help establish a common digital identity (such as Onfido, Payfone, and ForgeRock). Providing authentication products to banks could help lower compliance costs and reduce exposure to regulatory risk. For example, in Asia Pacific, the startup Thought Machine provides cloud-native core banking solutions and counts Lloyds and Standard Chartered as clients.

The post-crisis growth of regulation (for example, Dodd-Frank) triggered a shift from “lean back” to “lean forward” on the part of all players. Rather than wait for regulators to come at them and be on their back foot, firms found it best to move forward with self-regulation and be on their front foot. We see continued efforts for collaboration currently. In October 2018, OFX evolved into a new initiative called the Financial Data Exchange (FDX), focused on promoting a standardized API for consumer data. It has over 130 sustaining members.

This is the $2 trillion question. Perhaps it is a function of fragmentation. In banking, you often retain a core checking account but add fintech services to deliver added value. In healthcare, such data services might lower incumbent revenues, what is often defined as “leakage” or switchers. There are few national players, and services are typically delivered in person. The underlying technology infrastructure in healthcare reflects this real, physical fragmentation as well. Finding one access point in finance opens up a broader network of consumers and transactions. Healthcare, in contrast, is limited by the reality that each door is its own bespoke door: deploying a consumer-oriented solution with one provider does not confer the same scale benefit that it would in finance.

Further, healthcare regulation was designed to meet Meaningful Use criteria, not to enable new activities, per se. The result was a “compliance only” exercise rather than solving consumer hassles through data interoperability and sharing. Today in healthcare, many standards are not applied or adopted evenly. As an example, the standards community finalized a standard for appointment scheduling, potentially making access to physicians easier and creating a role for a host of incumbents and intermediaries to solve a big hassle in the consumer experience. This standard has not been adopted. Ultimately, it is a business model problem, not a technical one or a question of regulation, given that both industries share similar regulatory frameworks. Framing the regulatory challenges in this light – a business problem – produces different solutions, different areas of focus, and potentially different partners and partnership approaches for data sharing and interoperability going forward.

Payers and providers must think hard about their role and how they create value for consumers.

Data sharing can be enabled through a multitude of models, from data aggregation (such as Plaid, Yodlee, and MX), to interoperability through the use of APIs. What enables successful data sharing in financial services?

Having a clear focus on consumers with specific use cases is the first factor – as discussed above. Banks collaborated with fintechs in large part to differentiate themselves in a digital environment in which banking products differ mostly on price. This focus on the consumer has become a common motivation among all stakeholders and led FDX to develop its five core principles of control, access, transparency, traceability, and security.

Experimentation with collaboration models is the second factor. Collaboration and agreement across multiple stakeholders take time. FDX is the next-generation version of OFX, which dates back to 1997. The industry continues to see bilateral actions. For example, in January 2017, JPMorgan Chase and Intuit (Mint) signed a data-sharing agreement. In February, Silicon Valley Bank and Xero made a similar move. In April, Wells Fargo’s arrangement with Finicity is the third such agreement.

The hint of an approach lies at the intersection of the Centers for Medicare & Medicaid Services (CMS) and the ONC (Office of the National Coordinator for Health Information) interoperability rules. While most industry attention is focused on $1 million “information blocking” fines, a viable path forward is for health plans (and potentially other actors) to begin offering consumers “data aggregation” services akin to those offered by Plaid and other fintechs. This is implied as the CMS interoperability and patient access rule compels plans to deliver both clinical and financial information to fulfill patient access API requirements.

Focus on consumer need instead of data integration.

If I am running a plan and envision collecting more and more clinical data – either for value-based care contracts or to administer prior authorization and other digital transactions – why wouldn’t I start with a default option for all of my members to aggregate their records, share them with the plan, and simplify their lives? The regulation allows for consumers to control more of their data and for incumbents to make it available in machine-readable formats. The power of this approach is that it puts the focus on consumer need rather than data integration. Payers and providers must think hard about their role and how they create value for consumers in this light – lest someone else grab the consumer relationship.