The Long Haul to Normalcy

Key Takeaway
"Our revised analysis suggests we may achieve pHIT in the U.S. as soon as June." -- @OWHealthEditor @OliverWyman
Share

Editor's Note: The following article was originally published in November of 2020. The below is an updated version of our analysis considering the recent breakthroughs (as of early December) in case counts and vaccine efficacy and approvals for COVID-19. Read the full report here.

When we wrote Navigating the Long Haul to Normalcy, we stated that return to normalcy was plausible in both July and September of 2021, but more likely in September given the inherently aggressive assumptions needed to achieve potential Herd Immunity Threshold (pHIT) by July. Since then, multiple developments have shifted the landscape:

These developments have narrowed the possible paths to achieving herd immunity. Our revised analysis suggests we may achieve pHIT in the US as soon as June. At this point, the key parameters that matter are:

While the desperately awaited return of normalcy has drawn nearer due to the recent developments, it is critical to remember three things:

First, there is still a long way to go – while vaccine progress has been heroic, it is not a silver bullet that will solve our problems in a month. Moreover, as it is implemented, the sequential vaccination strategy will bring sequential benefits to sub-populations vaccinated.

Second, the accelerated timeline doesn’t come cheap - This timing relies heavily on daily new case rates that are breaching hospital capacity across the nation and driving the heaviest death toll seen since the start of the pandemic. Our actions will likely slow these daily new case rates down in 2021.

Third, things are likely to get worse before they get better – faced with overburdened hospital systems and rising death tolls, local governments may rely on a new wave of restrictive measures (for example, new stay-at-home orders went into effect in parts of California on December 7) that will test the already strained mental and economic state of the population. 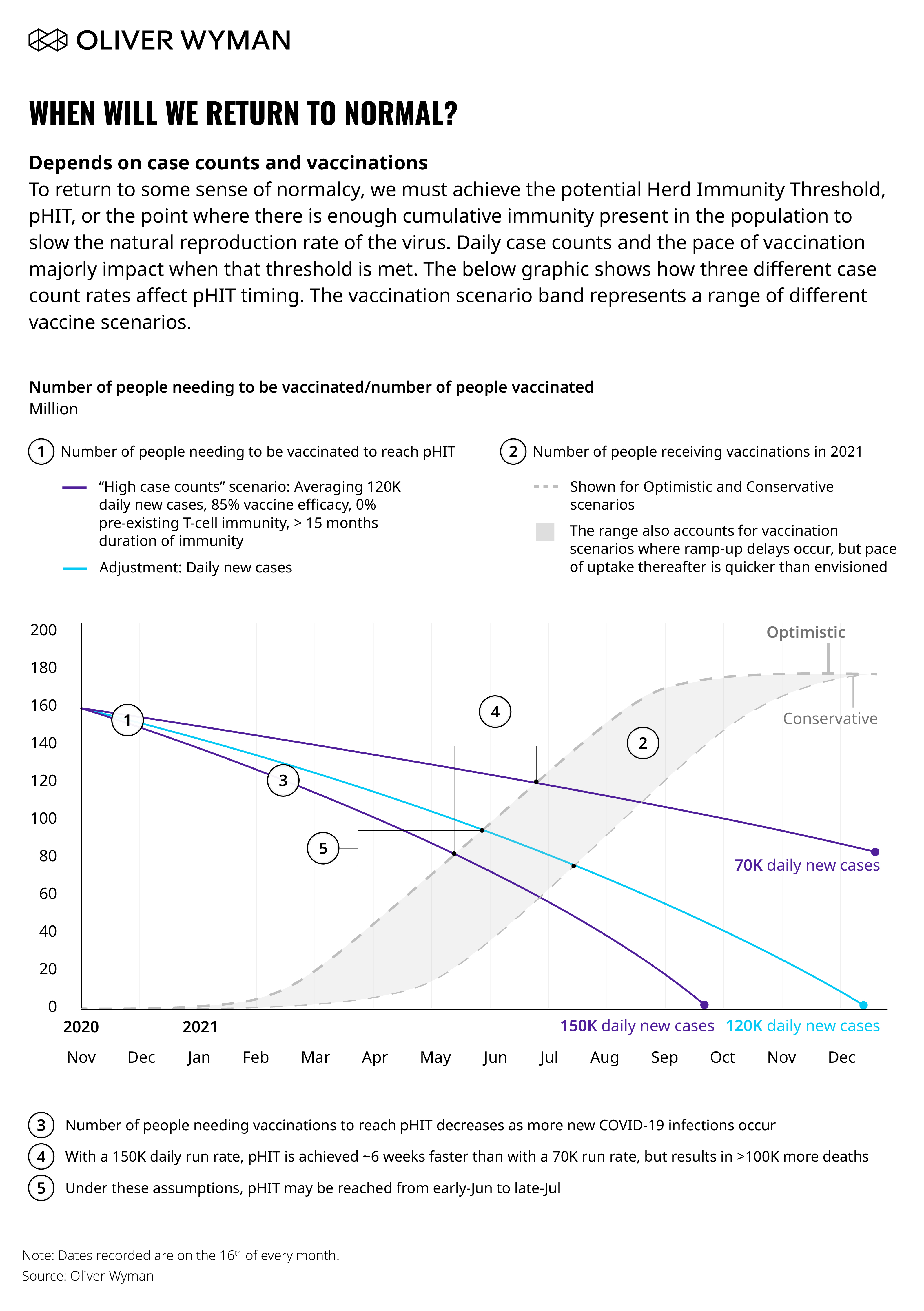