Key Takeaway
"I love tech, but it's far from being the solution; it's the tool." - @edyson | #OWHealth
Share

Editor's Note: The following conversation was originally published by the Oliver Wyman Forum.

Five years before the coronavirus focused public attention on health disparities, Esther Dyson launched the nonprofit Wellville to address longstanding inequities in American society. The angel investor believes that when communities address the impacts of poverty by focusing on issues like housing, jobs, and childcare, they also can prevent disease and provide the stability children need to grow up healthy and resilient. “Then when something like COVID-19 comes along, it is less deadly because the population has fewer chronic vulnerabilities,” says Dyson, who is considered one of the most influential women in technology. “For so much of the United States and for so much of the world, that’s not the case.”

The organization selected five communities with fewer than 200,000 residents from among 42 that applied to the program. The “Wellville 5” are Lake County, California; Clatsop County, Oregon; Muskegon County, Michigan; North Hartford, Connecticut; and Spartanburg, South Carolina. Each is unique, but they share a commitment to long-term change and are using data to measure improvements and to provide a roadmap for other communities.

Dyson, who once trained as a cosmonaut and now sits on numerous corporate and nonprofit boards, recently spoke with Partha Bose, a partner at Oliver Wyman and a leader of the Oliver Wyman Forum, as part of a joint “Healthy Cities and Communities” project with the World Economic Forum. 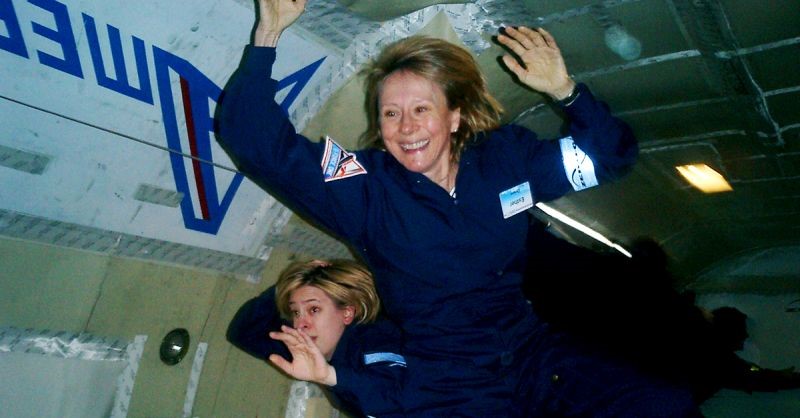 Esther Dyson once trained to become a cosmonaut.

What made you select the communities in the Wellville 5?

We were looking for community leaders that had what it takes to succeed. They needed to acknowledge their (community) problems and have some data, some understanding of what they were trying to achieve. They also needed to have a number of organizations collaborating.

Indeed, the five we chose are quite diverse, though they represent the forgotten America. They all have a shrunken middle class, often with a disappeared industrial base, with most people above or below that middle slice. They're not all following the same instant fix-it program. Instead, together with us, they are looking at their own assets and capabilities, focusing on listening to their communities rather than running things from the top down, and with more collaboration among different entities. They are acknowledging the racial and other disparities that exist in some form or another in each of their communities.

What do you provide to the communities in the Wellville program?

The very first thing we did was get the five communities together. We discovered that they really liked the idea of collaborating, rather than our initial notion of a contest, and of learning from one another.

But our basic thesis is, “You don't need us; you can do it yourselves. We’ll just ask you some tough questions from time to time. We’ll make suggestions…But you have to think our suggestions make sense and adopt them for yourselves.”

We’re the coaches. We don't own the ball. We don't claim the victory. We just try to make the team do better by providing advice and perspective from the sidelines. We don't give them grants, so they're not trying to tell us stuff that is too rosy or trying to please us. That creates a very useful dynamic, though we are now experimenting a little bit with investing in certain high-leverage projects because COVID-19 has made everything more urgent.

When you talk about these five communities pursuing their own journeys with help and guidance from you and your team, are there some lessons across all five of them?

They all have the problems of entrenched poverty, which is due to a lack of education, lack of jobs, historical and continuing disparities, racism, and other causes of inequities. In some cases, there’s inadequate access to high-quality maternal care. There's a high incidence of addiction and child abuse, and just child storage rather than childcare. Under-resourced schools, unhealthy environments, whether it's a lack of parks or people stuck in neighborhoods next to toxic plants.

There are 20 things you could fix, and each of them would be great. But there are probably five that really matter, and they are things like employment, schools, maternal care, mental health, addiction, and crime.

But at the same time, each community has some unique and amazing assets – primarily local leadership, but also natural beauty, community colleges, activist groups, certain businesses and institutions that just need to scale.

In each community, there's going to be one or two or three of these organizations, independent of the specific thing they focus on, that actually are making a difference. And to the extent you can help them get larger and even more effective, they will start collaborating with the others. They will generate surplus energy; they will train people who will leave to start other effective organizations; they will lead community coalitions to make change.

What is the greatest challenge for these communities?

The greatest challenge honestly is still the “snow day problem,” the lack of accountability: “We did our best, but…”

For both individuals and institutions, there’s an inability to plan for the long term, born of deprivation and competition for scarce resources. This is neither a moral failing nor an intellectual failing. It's a result of learning the wrong lessons, the sense that you have no agency for the future. The addict keeps looking for short-term relief. Instead, you need to help people feel secure enough to plan with purpose.

However, rather than a snow day, COVID-19 is actually turning out to be a catalyst, both for recognition of disparities and for long-term solutions to systemic problems.

Given your background, is there a role for technology in finding some of the solutions for these communities?

There's a role for technology in making everything more efficient, in connecting people and systems. For example, it automates referrals to the Muskegon YMCA’s diabetes prevention program…but the pace of referrals really picked up once the Y hired a former hospital employee who knew the local healthcare leaders and how the system works. I love tech, but it's far from being the solution; it's the tool.

Why focus on raising resilient children? What do you mean by that?

We encourage long-term thinking, and there’s no better long-term investment than raising resilient children, who will grow into adults who can contribute to society.

If you look at the data on adverse childhood experiences – which is everything from hunger, abuse, addiction in the family, someone in the family in jail – these are just training for a mindset of uncertainty, fear, a lack of trust, neglect.

Childhood trauma leads to all kinds of persistent problems, and that's why COVID-19 is so scary to me. Not only because of people who died, but also because of the people who are still living. The kids, especially some with real trauma.

You do need some stress so that you develop resilience, capacity, and strength. Indeed, exercise is a form of stress.  But if you have too much stress, it destroys you, and so many kids are being damaged by the time they're five or six. They experience everything from bottle rot, where they get apple juice in bottles and their teeth rot, to not hearing enough kind words or interacting effectively with their parents so they don't do well in school. I hear stories of teachers who can't pronounce or remember their students’ names. How can you feel like an important child with prospects when your teacher can't remember who you are?

So, resilience is the positive side of that. When you feel special – when you’re loved, when there’s somebody that’s got your back – you learn that you matter to the world and you have a purpose.

What advice would you have for other private individuals and foundations who may want to launch or seed something like a Wellville in or near their community?

Start out humble and find leaders who are likewise eager to learn by doing, and to change along the way, and encourage all funders and foundations to build similar flexibility into their own models. One of the benefits of our model is that we are pretty much entirely funded by me (courtesy of some lucky investment breaks), but I am kept in check by our CEO Rick Brush, formerly with Cigna. One thing I learned in Silicon Valley is how easy it is for founders to go rogue if there’s no one willing to tell them the awkward truth.

On the other hand, we don’t have to report to a foundation based on an immutable statement of work; we can learn as we go, just as the communities are doing. We switched out one of the communities two years in when it was clear our relationship wasn’t working…We call that flexibility rather than “deviation from the plan.”

Other than that, I can only say that we aim to inspire gardeners rather than architects. We don’t come in with a blueprint and a 10-point plan. We want to help each community plant and nurture its own unique ecosystem.

Subscribe
The Future of At Home Care Delivery
We Will Get Care Everywhere, All the Time
The Shift to Digital Transformation Has Begun