View from the Summit: Day Two at #OWHIC

The Ritz-Carlton, AMA, and Sutter Health on Healthcare's Redesign

On day two of the seventh annual Oliver Wyman Health Innovation Summit (#OWHIC), over 400 industry executives from over 200 companies, 38 states, and 12 healthcare ecosystem sectors discussed and debated how to build for impact and design a new healthcare landscape. Here's more on what our presenters had to say, some things attendees learned, and the live executive interviews we conducted.

What Main Stage Speakers Had to Say

1. Invest first in people and culture.

The morning kicked off with an address called — Puttin’ on the Ritz: Creating a Culture of Service — from Horst Schulze, Ritz-Carlton's Co-Founder and Former Chief Operating Officer, who's now on the board of the healthcare organization, ChenMed. Horst said building one of the world's best-known luxury hotel chains similar to building a healthcare organization. Both industries share one notion: exceptional consumer service and delightful consumer experiences are both things that people truly deserve.

"People can only be fulfilled if they have purpose," he said. "As human beings, nobody can claim importance over another human being."

"We found whatever the customer buys ⁠— a car, a television, a house, or a bottle of water ⁠— the expectation is that fulfilling the self conscious is more important than fulfilling the conscious," he said. "Service is three steps: welcome, comply, farewell."

"You have three kinds of customers: dissatisfied, satisfied, and the loyal," he said. "Who will do a better job? The one that wants to, or the one that has to?"

Heard at #OWHIC: @horstschulze “You have three kinds of customers: dissatisfied, satisfied, and the loyal.” pic.twitter.com/cpggQltIDY

2. Tomorrow's "practices of the future" start with design-thinking.

Next to take the stage was Chris Waugh, Sutter Health's Chief Innovation Officer, in a talk called — Designing with Empathy: The Practice of the Future. Healthcare consumers, he said, think about their care delivery with dread. Applying innovative approaches to design-thinking, he said, will transform the industry's status quo so the care delivery consumers detest instead becomes simpler, more engaging, more personal, and cheaper. Chris also outlined his work creating "A Practice of the Future" that makes these concepts reality.  End-of-life care, he said, must become more about "life design" care.

"Before clinical questions, before business model questions, how do we want people to feel? A more engaged patient gets better clinical outcomes," said Chris. "You’re a person long before you’re a patient."

"End-of-life creates a feeling of fear. Because it’s scary, no one talks about it," he said. "How might we reimagine end-of-life experiences for ourselves and our loved ones?" he asked attendees. 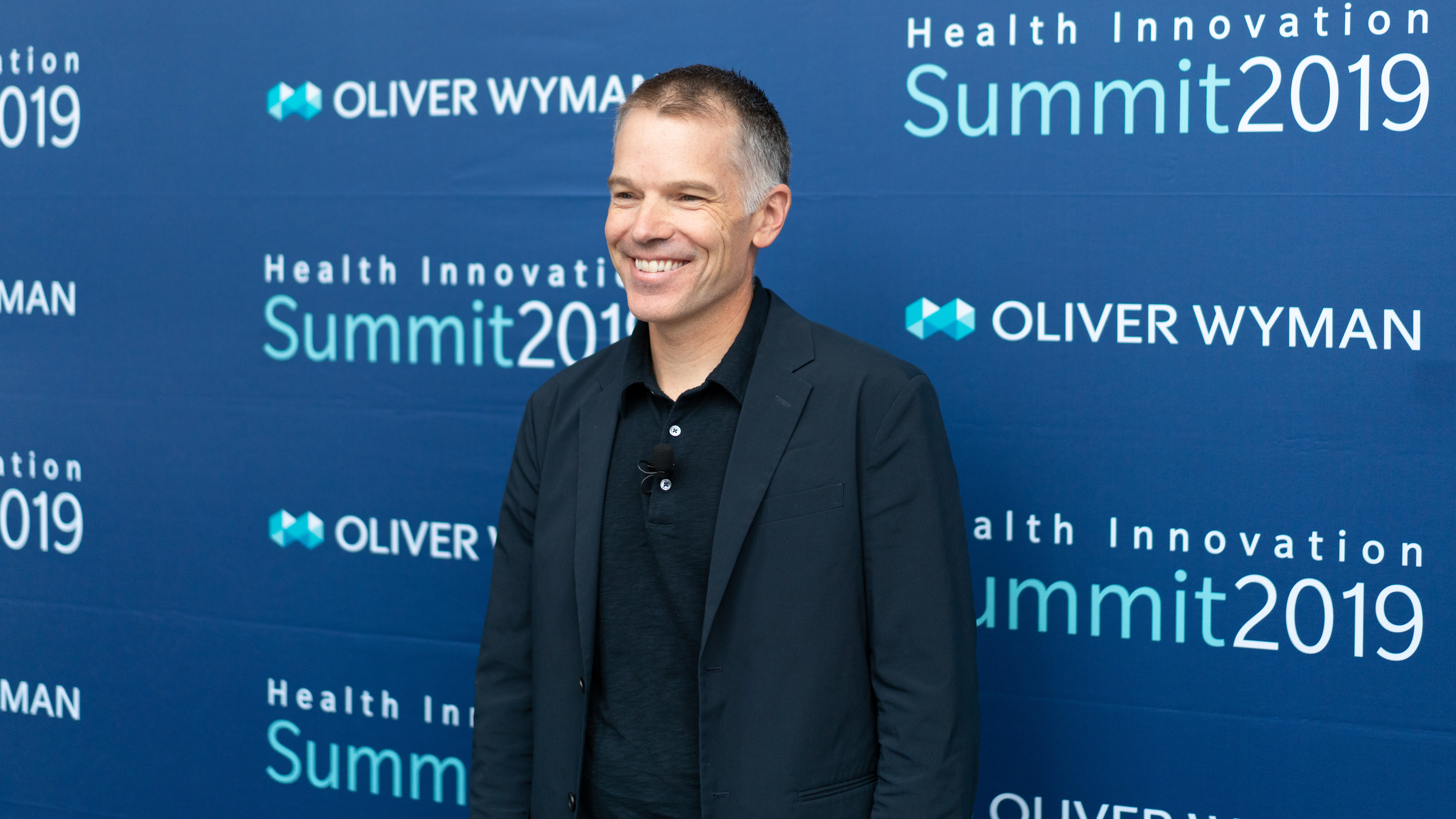 Another cool innovation and opp to create a moment by @SutterHealth - ask the partner of a mom who’s just given birth to talk about the birth, the mom, etc. and share back 30 days later with the mom #OWHIC #designthinking @_waugh pic.twitter.com/hnLV2xuRha

The morning rounded off with an address from Sean Lane, Olive's Co-Founder and Chief Executive Officer (and a former National Security Agency operative), in a session called — Your Next Employee Won’t Have a Resume. Artificial intelligence, if implemented appropriately, lets people focus on their creativity, collaborations, and purpose. But artificial intelligence, he emphasized, must be used with intelligence and clarity.

"I know how to fix healthcare. First we have to build the Internet of healthcare," said Sean. "What if we could build an Internet based on robots?"

"In five years, 30 percent of your healthcare workforce will be digital," he predicted. "Within 12 months, there will be software robots on your org charts."

"Healthcare is the number one employer. 16 million employers are just in healthcare. Half of what they do is administrative," he emphasized.

“#Healthcare is the #1 employer with 16M people. Half of what they do is administrative.” Happening now at #owhic: @unleashCbus talks #AI and the #futureofwork. pic.twitter.com/HjaDw9WApP

Later that afternoon, Jorge Conde, General Partner, Andreessen Horowitz, took the stage for a session called — This Time Really is Different: Our Innovation Inflection Point. Said Jorge, healthcare is a pretty pessimistic industry. For example, the average US lifespan had been dipped for the past three consecutive years (this is the very first time this has happened in over a century). But, healthcare leaders also sit on the leading edge of change at the same time: an innovation inflection point. Predicts Jorge Conde, by 2040, the health system will be virtually unrecognizable compared to what it looks like now.

"We'll see more and more technology living in the home," he said. "The new Gladstone bag is your telephone."

"Healthcare has left the building," he added.

5. Out with the status quo. In with the tech.

Next up to lead a session called  —The Encounter is Dead! Long Live the Encounter!   — was AbleTo's Chief Medical Officer, Reena Pande, MD and Jesse Ehrenfeld, MD, MPH, the American Medical Association's Chair and Board of Trustees. The practice of medicine for most doctors is still based on point encounters, discrete, and dependent on patient-driven touchpoints. It's a model that burns doctors out and makes patients unhappy. But new technology can transform doctors' interactions with patients.

"Trust was lost with electronic health record implentation," added Reena. "What [consumers] want is a relationship." 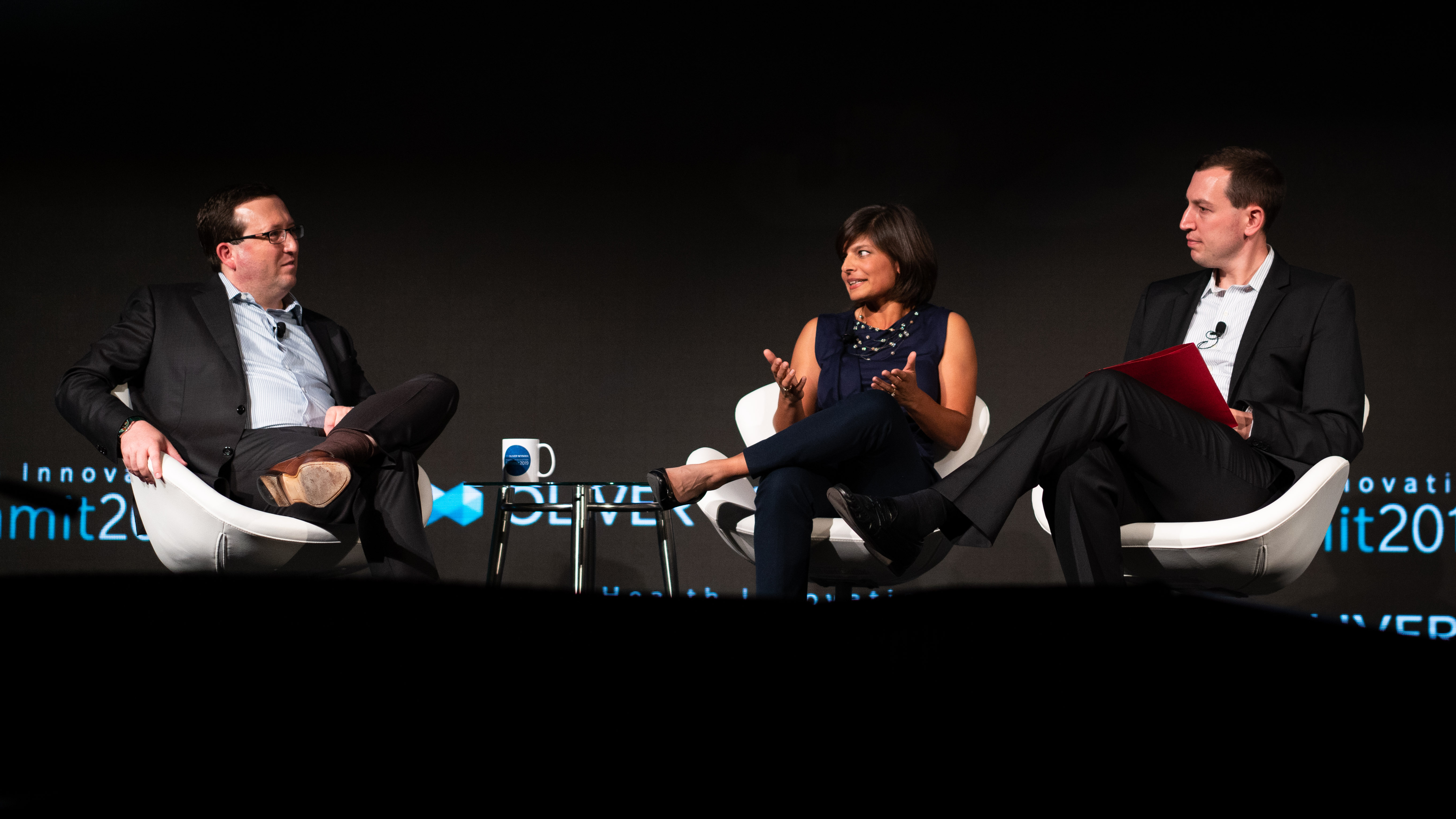 Subscribe
The Questions Every Growth-Seeking CEO Needs to...
When Innovation Meets Empathy
Series: What's Next for Healthcare