View from the Summit: Day One at #OWHIC

Over 400 senior healthcare executives from over 200 companies, 38 states, and 12 industry ecosystems are attending the seventh annual Oliver Wyman Health Innovation Summit over three days this week at the Loews Chicago. Oliver Wyman's goal? To kindle dialogue among thought leaders, decision makers, and influencers about how to create significant policy and attitude shifts industry-wide, showcase some of the most progressive transformations to date, and present a far-reaching assortment of perspectives from leaders thinking and acting against the grain to build for impact and design a new healthcare landscape. Here's a recap of what attendees experienced during the Summit's opening night on Monday.

The evening dinner reception kicked off with a short film premiere highlighting Oliver Wyman's Women in Healthcare Leadership report findings, presented from the lens of Jill Tietjen, President of American HerStory, co-author of Her Story: A Timeline of the Women Who Changed America, and 2010 inductee into Colorado Women’s Hall of Fame.

One such finding they chatted about? Healthcare, unlike other industries, does not have a “women in healthcare” problem, but a “women in healthcare leadership” problem. Healthcare in the US is an industry where women consumers make most (80 percent) of buying and usage decisions and represent 65 percent of the workforce. (This 65 percent is a relatively high share compared to other industries like 46 percent in financial services or 26 percent in or technology. Yet despite their influence as customers and the core workforce, they are notably under-represented in the industry's leadership – making up approximately 30 percent of C-suite teams and 13 percent of CEOs.

Following the film premiere, the report's co-author, Oliver Wyman's Terry Stone, Managing Partner and Global Chair for Inclusion and Diversity, chatted with Jill about her work promoting women's advocacy across the globe and about the need for a diverse leadership perspective in healthcare to foster ongoing innovation.

“If we’re going to get breakthroughs, we need diversity of perspective,” explains @TerryStone92 at her keynote with @jilltietjen at #OWHIC as they delve into the importance of women #leadership in #healthcare 👩‍⚕️👩‍🔬 & how to promote #diversity > https://t.co/8zvCdVOgqY #OWHealth pic.twitter.com/bmORiAcLVz

“We need a different kind of breakthrough in addition to continuing to innovate in science and medicine,” said Terry. “If we’re going to get breakthroughs, we need diversity of perspective. It can come from gender, racial diversity – whatever it is.”

"Women have been making significant accomplishments for hundreds of years," said Jill. "But they are not in the American textbooks and we haven’t learned about them. A standard textbook now has 10 percent females. It used to be 1 percent."

“Promoting someone to the C-suite is a pretty trust-based decision,” added Terry. She emphasized three things that factor into these decisions: Are you competent? Do I trust them and do they have values of integrity? “Affinity” – you feel like someone is a good fit.

“It’s not that I think the men are purposely trying to hold the women back. Something else is getting in the way. We’re socialized differently. We have different life experiences,” she said. “We’re all the results of our own individual upbringings.” 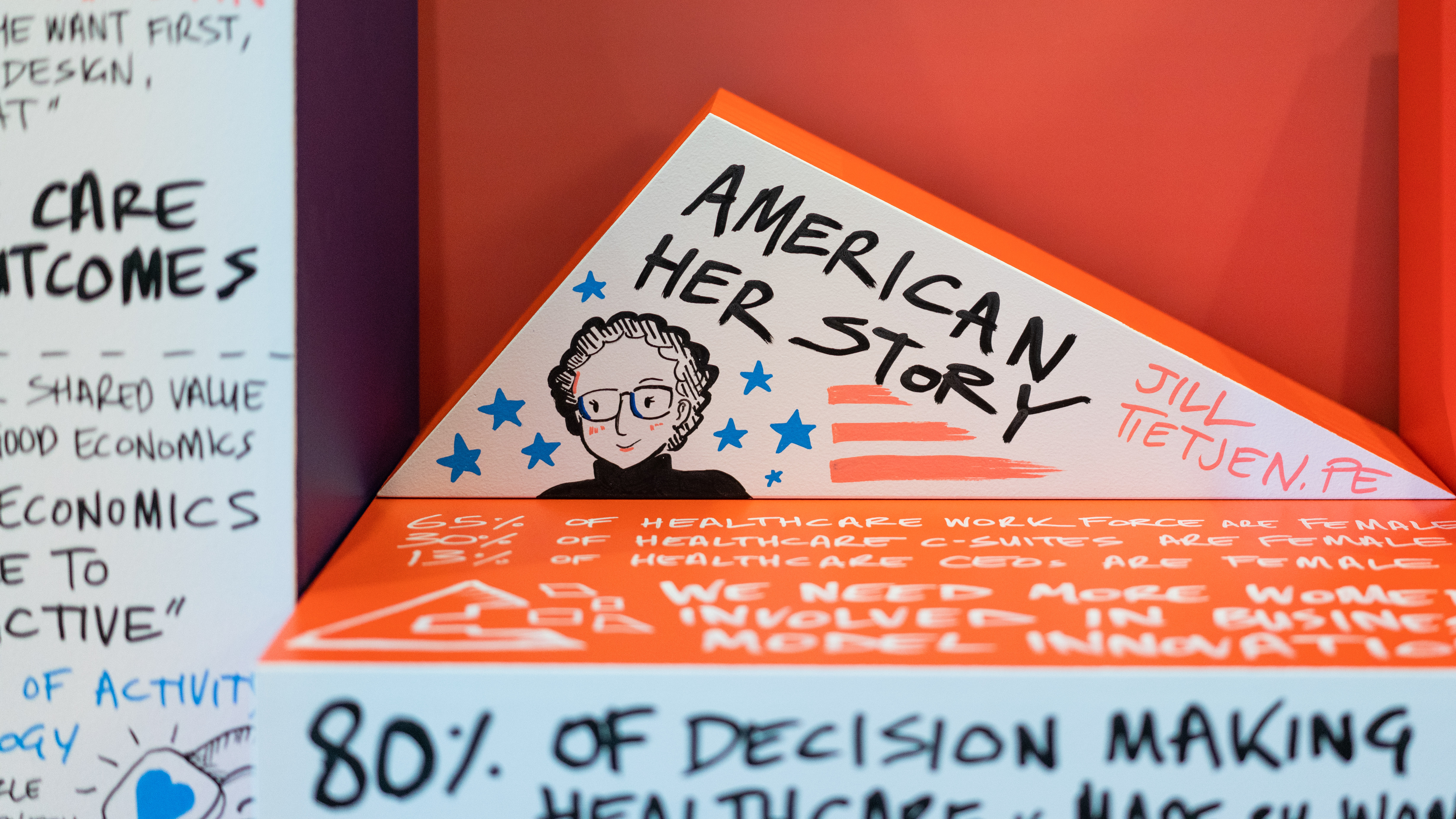