Editor’s Note: The following is an edited excerpt of a Mercer survey on employers’ perspectives on health reform.

Ninety-five percent of employers believe it’s important Congress preserve coverage for pre-existing conditions, should the Affordable Care Act (ACA) be overturned. This is according to a new Mercer health policy survey of nearly 600 employers. Before the ACA was signed into law, most larger employers voluntarily offered group health plans that covered pre-existing conditions for individuals who lacked prior continuous creditable coverage (even though such coverage could have been delayed under pre-ACA HIPAA rules). Along with other ACA mandates, such as removing annual and lifetime dollar limits on essential health benefits, the ACA’s requirement that employer-sponsored group health plans cover pre-existing conditions for all individuals regardless of prior coverage could only have caused costs to rise. 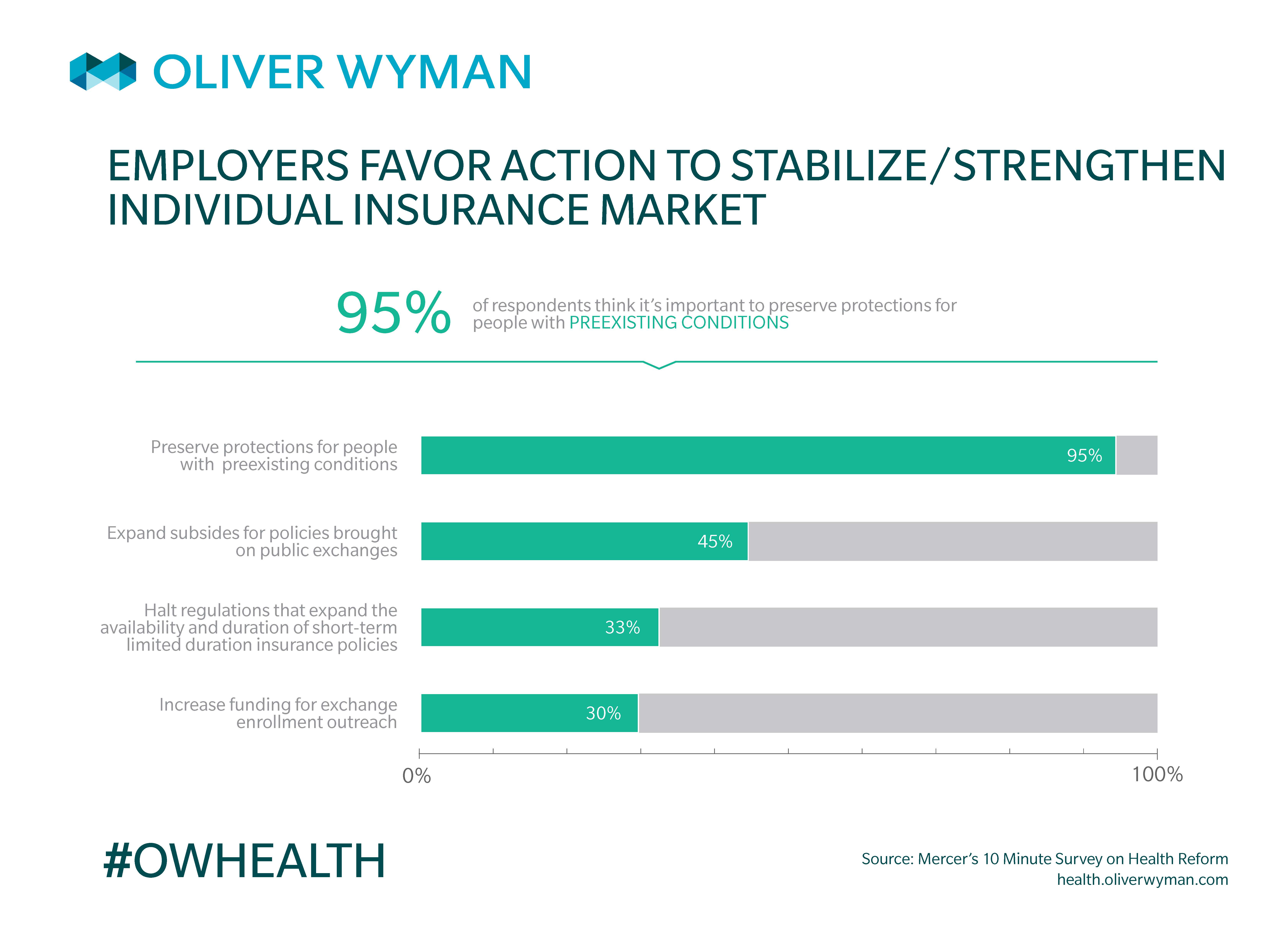 The surveyed employers felt less strongly about shoring up other aspects of the ACA, which may have less relevance to their own populations. Fewer than half believe it’s important for Congress to expand subsidies for individual policies bought on public exchanges (45 percent) or to provide additional funding for exchange enrollment outreach (30 percent).  A third (33 percent) say it’s important to halt regulations that expand short-term, limited duration insurance policies that don’t comply with all ACA requirements.

Subscribe
The Election and Healthcare: Your No-Regret...
Let the Data Flow
Addressing Affordability in the ACA Market