The healthcare industry is poised to make considerable progress this year on data interoperability, fueled in large part by the continued, rapid scaling of Apple Health’s push for open, standards-based, consumer-directed health information exchange. A few months ago, I predicted on The Oliver Wyman Health Podcast that by the end of 2019, most hospitals will connect with Apple Health. In 2018, approximately 160 of them signed up! Here’s more on what I expect to happen next in the year ahead: 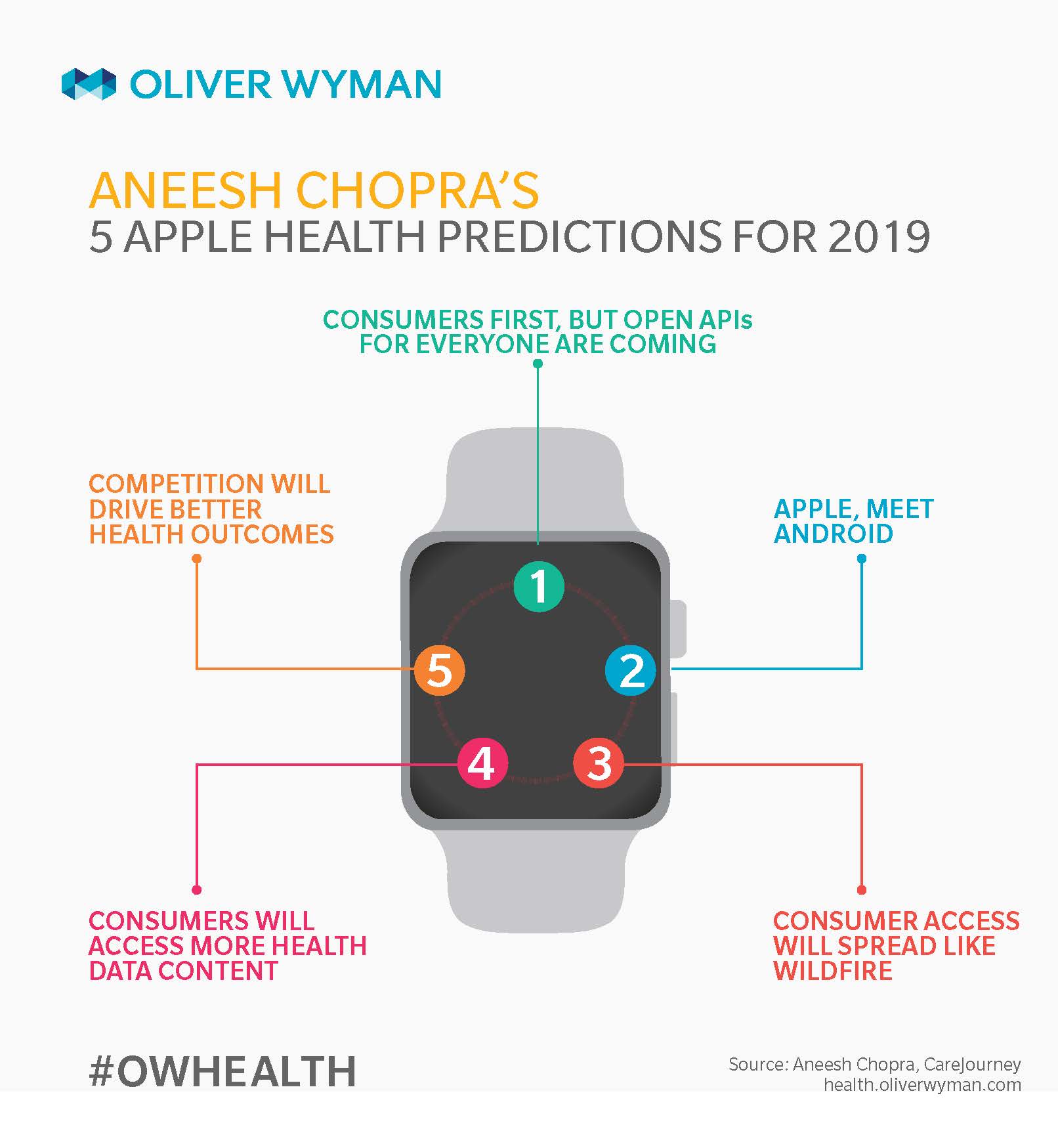 1. CONSUMERS FIRST, BUT OPEN APPLICATION PROGRAMMING INTERFACES (APIs) FOR EVERYONE ARE COMING

This year, we will see material progress reusing API infrastructure for physicians, employers, payers, and network access, As National Coordinator Dr. Don Rucker points out, Congress, in the 21st Century Cures Act, didn’t limit its mandate for API access “with no special effort” to consumers only.

By the end of 2019, the Android ecosystem will (finally) rally behind an application framework that operates like Apple Health in solving the “last mile” connectivity challenge by embracing open API standards.

CMS finalized rules requiring hospitals and physicians to use EHR systems that include API access in 2019 (technically, with a 90-day reporting period which pegs the deadline for adoption around October 1st), fueling not only Apple Health connectivity, but a change in mindset among all application developers to pursue a “consumer-first” approach to data exchange.

Consumers who use Apple Health can only access a portion of their health data. That’s because health systems supply what is required by regulation. But in 2019, look for pioneering organizations to open up clinical notes, scheduling services, health plan claims, and other content categories accessible by consumer-designated apps before the next round of regulations requires it.

Together, the iOS and Android ecosystems will position their efforts in consumer-directed exchange as critical infrastructure for application developers who will compete on helping consumers, and the people they trust, to make better use of their data.