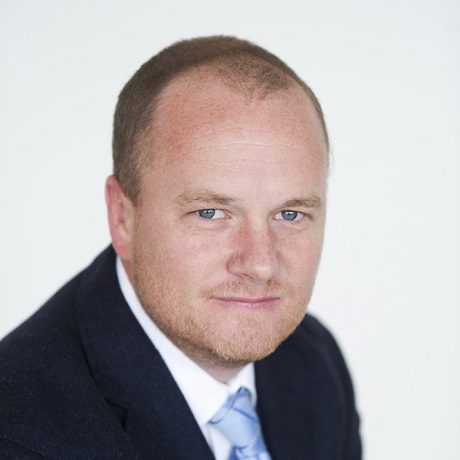 Editor's Note: This article is based on the authors' recent analysis of how reducing the manufacturer gap discount may impact members, the federal government, and drug manufacturers. See the full report here.

With the passage of the Medicare Part D Prescription Drug, Improvement, and Modernization Act of 2003 (MMA), Congress authorized Medicare coverage of outpatient prescription drugs beginning in 2006. The MMA established the minimum standard benefit that Part D plans must offer. The benefit structure adjusts each member’s liability as their cumulative drug expenditures grow. Specifically, the original standard Part D benefit included a phase known as the coverage gap (or “donut hole”) where the member was responsible for 100 percent of their drug costs. The member reached the donut hole once their allowable drug costs exceeded a pre-determined limit, known as the initial coverage limit (ICL). The member would stay in the donut hole until their out-of-pocket costs (OOP) reached the annual true out-of-pocket (TrOOP) threshold. The MMA also established Low-Income Subsidies (LIS) to cover most OOP costs for certain members, including costs in the donut hole. But for a population that is largely on a fixed budget, the donut hole created a financial barrier to accessing medications.

The Affordable Care Act (ACA) introduced several significant changes to the Medicare Advantage Part C and Part D programs. One change sought to “close the Part D donut hole”, ultimately limiting the liability for non-LIS members in that benefit phase to 25 percent of the drug cost, consistent with what the member pays in the ICL. The ACA mandated a 10-year transition period from 2011 to 2020 to close the donut hole. For brand drugs, the ACA required that drug manufacturers cover 50% of the drug cost in that benefit phase. (The member and manufacturer costs both count toward the member’s annual TrOOP.)

Under the Bipartisan Budget Act (BBA) of 2018, the closure of the donut hole for brand medications was accelerated from 2020 to 2019. This acceleration was accomplished by decreasing the member cost-sharing from the ACA established amount of 30 percent to 25 percent. In addition, the BBA increased the manufacturers liability from 50 percent to 70 percent, resulting in a plan liability of 5 percent (down from 25 percent in the ACA). 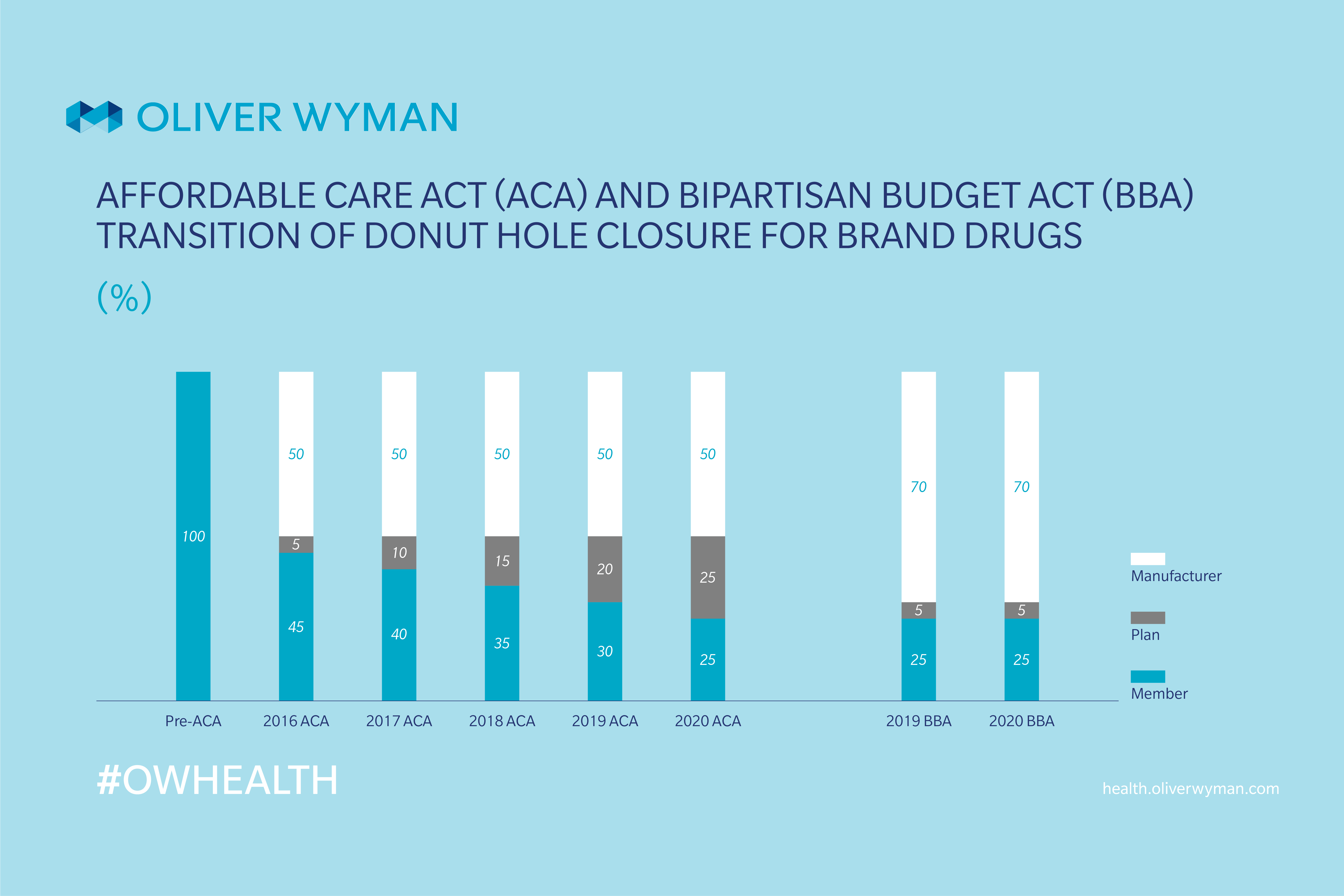 Oliver Wyman Actuarial Consulting recently analyzed the financial impact of shifting 7 percent of the manufacturer costs for brand drugs in the donut hole to health plans (plan liability 12 percent and manufacturer liability 63 percent). The findings are as follows: As a result of reducing the manufacturer liability from 70 percent to 63 percent, the increase in drug cost to the health plan will be passed on through to members (premium increases) and CMS (direct subsidy payment increases.

Additionally, based on our analysis, shifting 7 percent of the liability from manufacturers to health plans for brand drugs in the Part D donut hole will result in the following implications:

The financial impact for each stakeholder would vary considerably from individual to individual depending on their drug utilization and low-income status. However, one thing is certain, members would not benefit from shifting 7 percent liability from drug manufacturers to health plans for brand drugs in the Part D donut hole. For more information, see our full report.