Here's a summary of some of the day's key takeaways and a few of the most memorable perspectives from various leaders and influencers, including vital lessons those in healthcare can potentially learn from experts who've helped transform other industries. 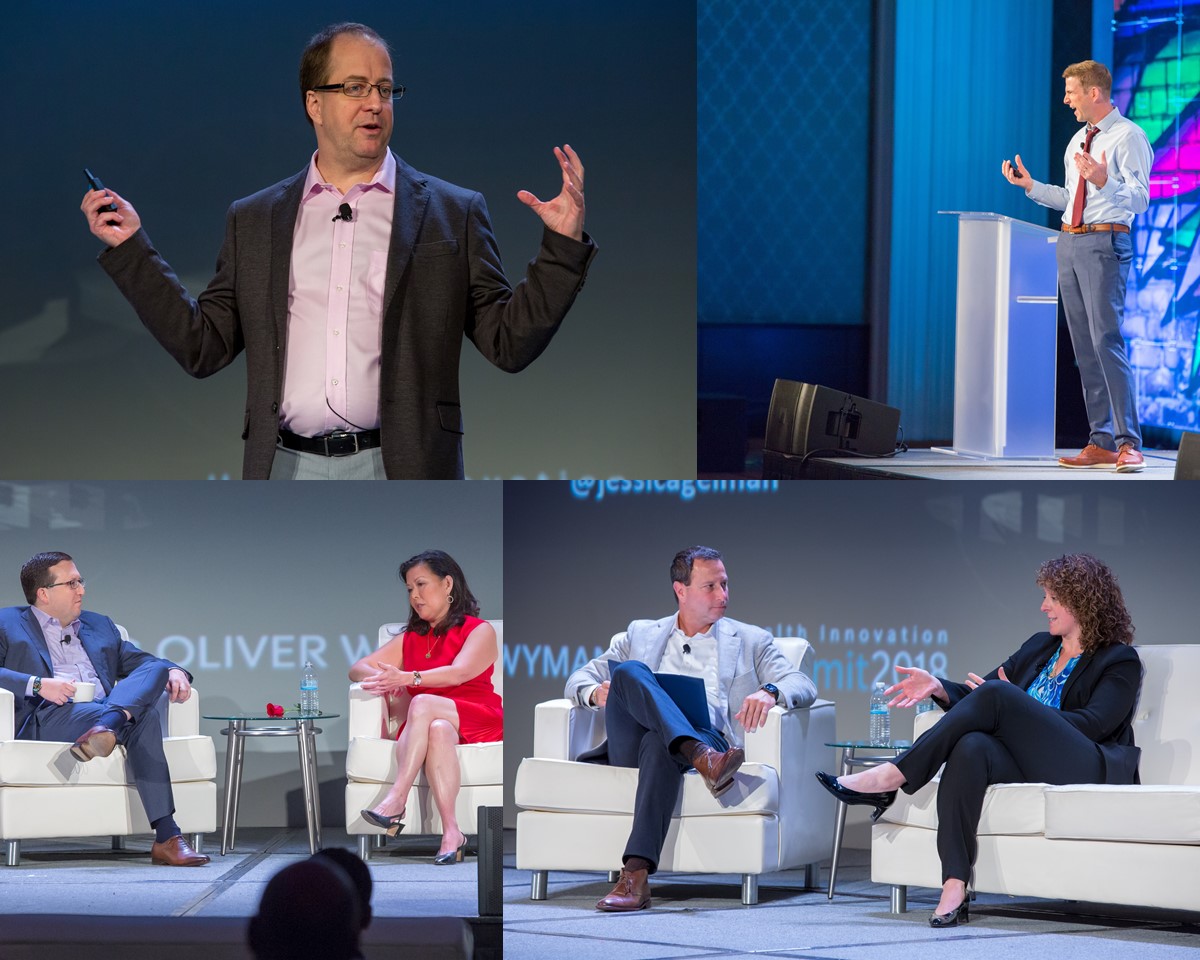 Stephen K. Klasko, MD, MBA, Chief Executive Officer of Thomas Jefferson University and Jefferson Health, kicked off the day by discussing how to rethink your competitive advantage, alongside healthcare experts Glenn Tullman, Livongo’s Chief Executive Officer, and Hemant Taneja, General Catalyst’s Managing Director. The three emphasized how many groundbreaking advancements have occurred within the first decade of the 21st century alone – for example, Amazon, Apple, Facebook, Airbnb, and Uber all went from an idea to a household name within the same timeframe. Innovative business models in general have sparked disruption that does not depend on a large investment to scale. This upside down model is now healthcare’s new reality.

Three specific key takeaways from their session were as follows: first, the next big wave of innovation will come from those obsessed with making what's difficult easier; second, we're moving to a hospital with no address; third, healthcare consumers want to be empowered, not just engaged.

Or as @htaneja said in our panel this morning - the next cycle of innovation will come from those who obsess about making it easy for people. https://t.co/oRIVU7v74r

Next, entertainment guru Andrea Wong, former President of International Production at Sony Pictures Television, shared her experience transforming the entertainment industry. The "twice-disrupted" media industry, she says, has already experienced many changes the healthcare industry is now currently in the midst of. As consumers continue to favor innovative startups delivering personalized services, Andrea says tomorrow’s generation, living in what she calls "the dawn of the experiential economy," wants dependability and word-of-mouth advice over production value. One of Andrea's most memorable moments was when she emphasized that Millennials will focus on experiences instead of things.

At the first of three afternoon main stage sessions, Eric Grossman, Chief Executive Officer and Founder of NextHealth Technologies, interviewed Jessica Gelman, Chief Executive Officer of Kraft Analytics Group (KAGR), to discuss creating and monetizing loyalty via an overarching consumer-centric approach to care delivery. Understanding consumer behavior, they said, means focusing on patients not when they're at a physician's office, but during the times in between.

"People have tattoos of their favorite sports teams, but not tattoos of the health insurance logo found on their card," said Eric.

Jessica discussed how her sports background creating just the right unique fan experiences and selling out the maximum number of stadium seats ties into the future of healthcare consumerism. Data, she said, is the Fourth Industrial Revolution.

"Talking and listening to customers, doing the surveys, and getting qualitative information on their experience is so critical," she said. "The willingness to invest in understanding the customer when you don’t need to is very powerful. It’s most important to get early wins as a bottom-up process."

Next to take the stage was Eric Dishman, Director, All of Us Research Program, National Institutes of Health. Eric said one of healthcare's greatest hindrances is that patients with unique needs are often considered as just one more statistic. The challenge with this mindset and approach to care delivery, he emphasized, is that patients are unique, hardly just another data point. Although drugs can be customized according to each patient's needs, personalized health, he said, is a bit of a different story. Eric emphasized the importance of moving care from the medical mainstream campus into the community.

"If we want to make precision health available to everyone, we have to distribute precision medicine research beyond the mainframe," he said. "Mobile technology is a radical disruption to the paradigm."

Heard at #OWHIC: "We've often done harm or killed people because of the assumption that data is based on people just like us." - @ericdishman pic.twitter.com/2rMKcXUf1q

One of the most significant problems when it comes to research is that the sample of people studied does not reflect the needs of most people. Even a study sample of 1 million people does not necessarily foster a greater understanding of, say, rare diseases, he explained.

"The average participant in a medical study is white, male, and college educated. Does this reflect America?" he asked. "If research doesn’t become more holistic, we won’t get to the point where we can personalize care for an individual at any given moment in time."

During the last main stage session of the afternoon, Marcus Osborne, Walmart’s Vice President of Health & Wellness Transformation, joined Randy Oostra, President & Chief Executive Officer of ProMedica, and Jason Langheier, MD, MPH, Founder & Chief Executive Officer of Zipongo, to discuss the concept of the pantry as a medicine cabinet. Obesity, said Helen Leis, Partner in Oliver Wyman's Health & Life Sciences division, who moderated this chat, is a leading cause of death. Yet, the concept of "food" is still erroneously considered an issue of "public health," "social determinants," and "lifestyle."

The concept of "food as medicine" has not been fully integrated yet into the clinical mindset of healthcare. But the challenge here isn't necessarily about a lack of motivation. "Eighty or ninety percent of people are motivated to change their lives. They just don’t know how," said Randy.

Jason explained that giving patients a unique and delicious grocery list instead of merely another bottle of pills is creating notable change in consumer behavior. "By creating a personalized grocery list for families, and caring about the food they like and what they can afford, people started to treat the list like a prescription," he said, regarding his company's work.

Marcus addressed skepticism around Walmart (which, like many retailers, certainly sells plenty of things bad for your health, such as candy, junk food, or tobacco products) breaking into the healthcare market. The number one item sold in a Walmart? Bananas, he said.

Similarly, apples, which were once priced too high for consumers to want to purchase them regularly due to what he says was simply too many "apple middlemen," became the second most common purchase at a Walmart. This happened when Walmart disintermediated the apple supply chain by going direct to apple growers and asking them to offer them the best price possible. Consumers, he said, weren't made aware the price of apples had dropped significantly. They simply bought more apples on their own.

"The greatest consumption of alcohol happened during prohibition," he noted. "What we’ve learned is restriction of choice doesn’t actually change consumer behavior."

"Solutions aren’t about restrictions. It’s about taking the things we want people to do and making their choices feel like the best value on the market," he stated.

The #HealthEverywhere Innovation Experience and Hands On Device Bar

What if your doctor understood your eating habits as well as Netflix understood your viewing habits? What if lab tests were delivered on your timeline, as conveniently as Uber Eats delivers your dinner? What if, in a crisis, the emergency room came to you? This interactive Summit experience dove headfirst into these questions, by giving attendees a glimpse of how today's healthcare organizations are transforming tomorrow's care delivery status quo.

At the Hands On Device Bar, Propeller Health, Scanwell, Catalia Health, Fitbit Health, and Neofect featured some of the latest technological advancements in healthcare. 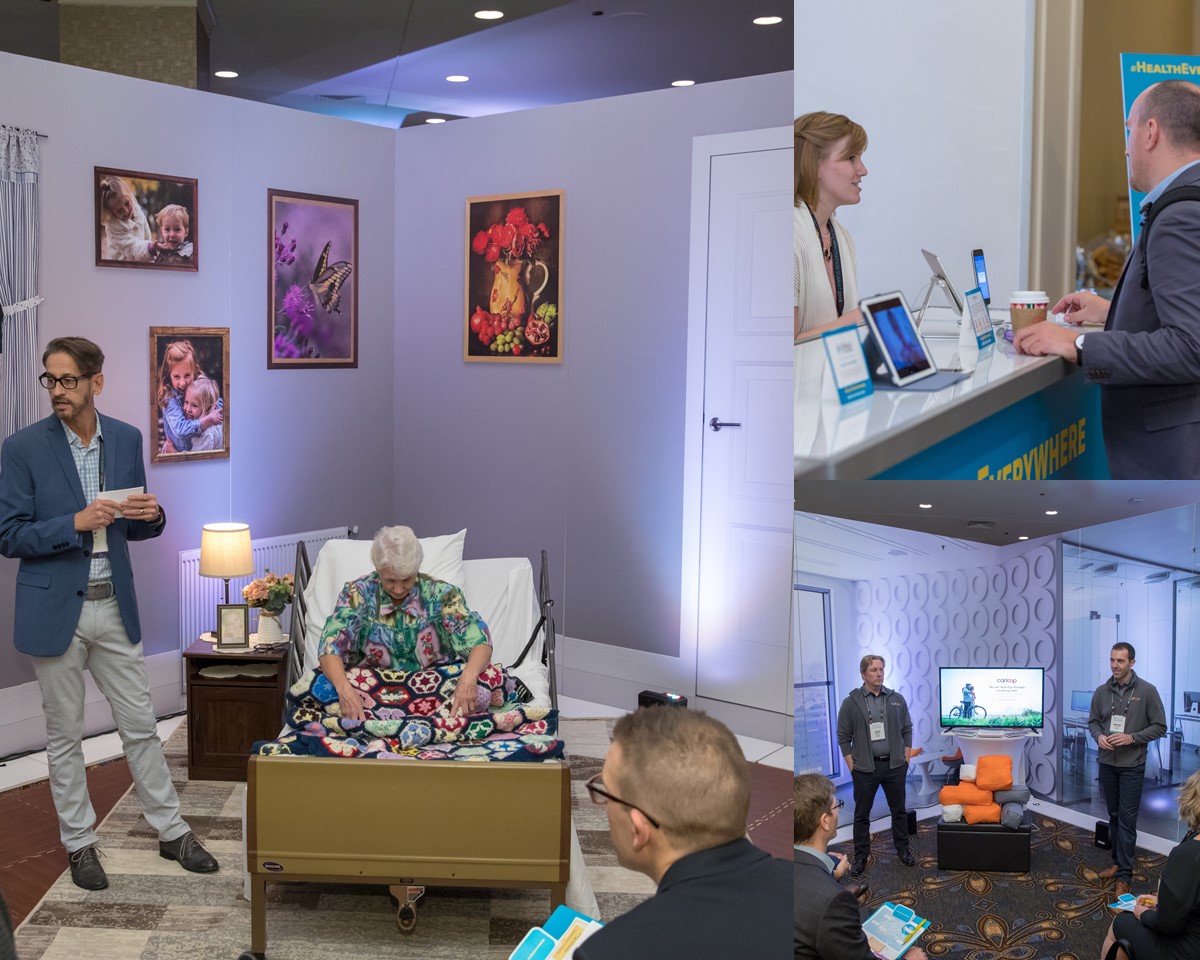 We recorded an episode of the Oliver Wyman Health Podcast today on healthcare transformation across Hawaii with Dr. Stuart Baker, Executive Officer at Navvis, and Mike Stollar, President and Chief Executive Officer of The Hawaii Medical Service Association (HMSA). In this episode (to be published shortly after the Summit), we discussed HMSA's transformative approach to advancing physician and consumer culture. A couple of years ago, HMSA stopped reimbursing primary care physicians for the number of patient visits. Instead, physicians receive a lump sum based on past payments. We chatted about the impact this decision has had on physician engagement, and how a specific focus on advancing social determinants of health is driving real impact.

Stay tuned for tomorrow's recap where we'll share highlights including a keynote address from Aneesh Chopra, the former and very first Chief Technology Officer under former US President, Barack Obama.