Artificial Intelligence is Booming, But are Robots Really Taking Over the World?

Key Takeaway
@IcahnMountSinai @zwitterion1: We've heard of concepts like the digital doctor and the virtual patient. The question is, are you in?
Share

Over on the West Coast, Silicon Valley artificial intelligence healthcare startups are chock-a-block of venture capital dollars, precisely due to the coalescence of this presence in this particular area.

With corporate giants like Google and Amazon foraying into health artificial intelligence, applications like Alexa and Google Home are likely to become commonplace in daily healthcare tasks and decision-making. For instance, Google is building end-to-end artificial intelligence solutions across areas including data generation, disease detection, and disease / lifestyle management, initially targeting specific diseases like heart disease, eye disease, diabetes, Parkinson’s disease, and Multiple Sclerosis, with others to be considered later. Although Google has patents in these areas, it has been able to show in research that its algorithms at par with ophthalmologists in areas like diabetic retinopathy detection.

Regarding other examples of new artificial intelligence advancements propelling the industry forward, last year the FDA announced pre-certification for digital health companies, and now has come out with extended support for the use of artificial intelligence in medicine and drug development. A new FDA incubator called INFORMED (Information Exchange and Data Transformation) is being developed, which will allow the FDA to initially focus on devices that work on forwarding cancer treatment and drug development. This will likely help speed up discoveries in the pharma sector, which previously took decades and was a costly affair.

So, progress and advancements in artificial intelligence and machine learning are everywhere around us. But how much traction have we actually gained? Below is an analysis of where opportunities to scale and close the gap exist.

"There is a specific ongoing rumor that artificial intelligence will replace physicians such as myself over time. The fact is technology is only supplementary and can augment the work of healthcare providers, and free them up from menial and repetitive tasks with more quality time to spend with the patient."

Artificial Intelligence in Healthcare is Booming 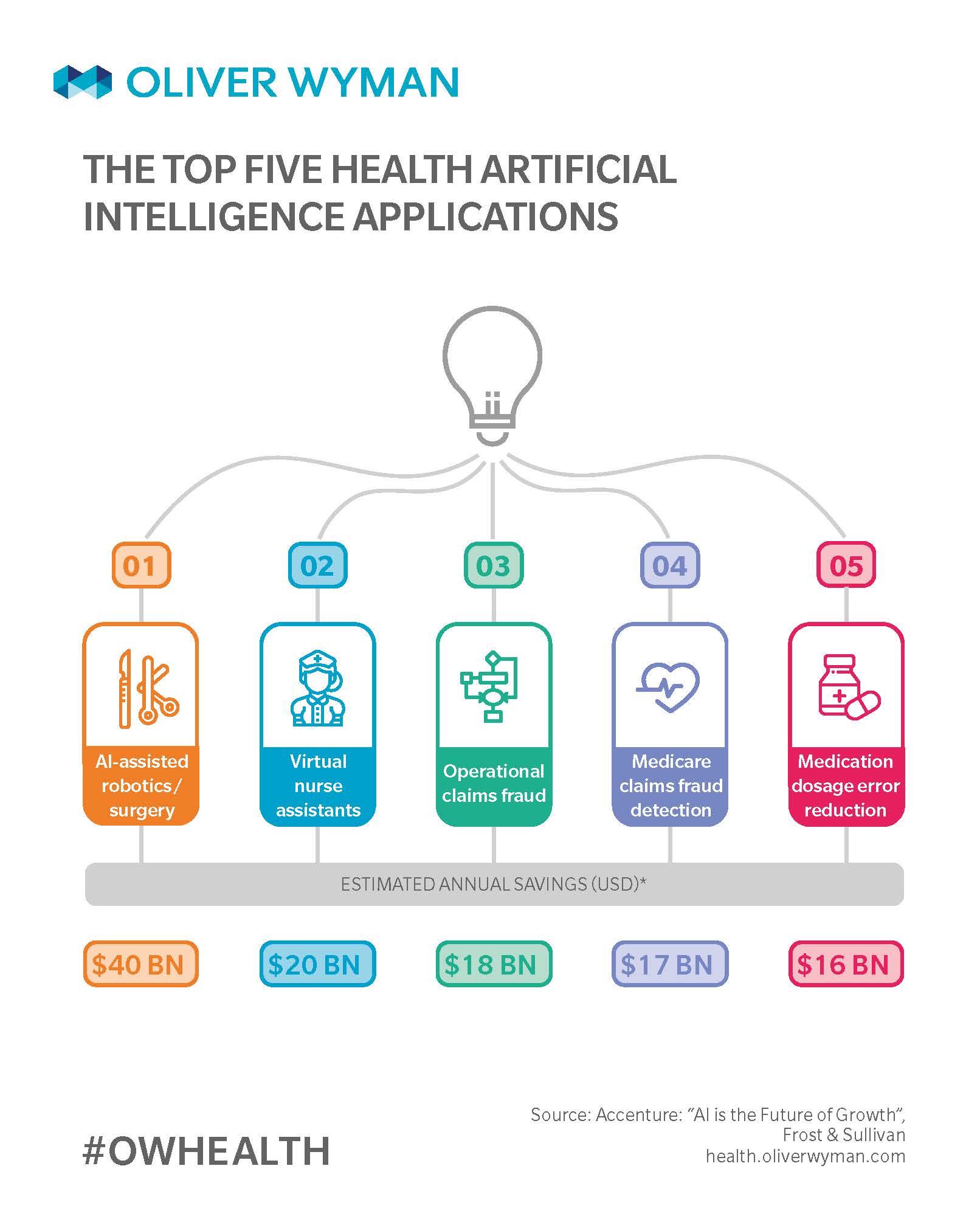 Consider also the recent explosion of partnership deals from those looking to be “in it to win it.” In just over five years (Q1 2013 - Q1 2018), 481 deals in healthcare artificial intelligence startups have garnered $3.6 billion in investor capital. Of that, just Q1 of 2018 has seen a record number (nearly 70) deals, with about $500 million in funding already invested. Besides, venture capital in artificial intelligence digital health companies has more than doubled between 2015 and 2017, and is predicted to continue on that positive upslope.

Regarding competition for overall artificial intelligence on a global scale, European venture capital firm Asgard notes the US is the global market leader with 40 percent market share, followed by China second, and Israel third, the latter two with an equal 11 percent market share. The top cities worldwide (in this order) are: Greater Silicon Valley area, London, Tel Aviv, New York (second natiowide), Beijing, Boston (third nationwide), and so forth.

The Artificial Intelligence Mindset is Shifting

"A new era in medicine is awakening, and we are at a seismic shift with artificial intelligence penetrating every aspect of life on the globe at rapid pace and scale, just like with the birth of the World Wide Web."

In addition, there has been a valid fear of bias in the algorithmic-clinical decision making, leading to wrong outcomes which could cost a patient’s life. Due to inadequate data and errant algorithmic pathways, bias in decision-making is a common outcome where datasets are not large enough. Therefore, the larger the dataset, the more accurate the artificial intelligence algorithm. Adequate testing for bias during the R&D phase is crucial, such that after it leaves the lab, the implications on society are not harmful and more ethical, in addition to being valuable. Besides, AI keeps learning with time as the data grows and biases are auto-eliminated.

Some are taking charge in this arena. For instance, Accenture’s Citizen AI concept of advocating for and promoting a responsible artificial intelligence mindset, which can morally contribute back to society – thereby benefitting humanity, in addition to advancing entrepreneurship productivity and proving patient outcomes – is an important one to remove the risk of deeming the technology as irresponsible and non-transparent.

But Despite This Boom, Executives Lack Expertise to Leverage Artificial Intelligence Efficiently

Adding fuel to the fire? A lack of female decision makers. According to Rock Health’s analysis, gender parity in healthcare reflects poor participation of women as Chief Executive Officers – only at 8 percent in artificial intelligence / machine learning digital health companies. But legend has it more investors are looking to support and connect with diverse and female founders. In fact, the majority of venture capital firms (61 percent) investing in digital health themselves have zero female partners!

These limiting mindsets arguably affect trust and make investing difficult. For instance, a Frost and Sullivan analysis shows 50 percent cost reduction with artificial intelligence implementation in healthcare and more than 50 percent improvement in patient outcomes. Executives need to be more aware of the cost advantages that come with taking a different approach to artificial intelligence. Leaving money on the table is no longer an option.

A new era in medicine is awakening, and we are at a seismic shift with artificial intelligence penetrating every aspect of life on the globe at rapid pace and scale, just like with the birth of the World Wide Web. With multiplying acquisitions and attractive value propositions, it only goes to show that it has been easier and cheaper for giant corporates to acquire smaller companies/startups in healthcare, than to build a whole new vertical and go through the development cycle versus leveraging the already available expertise within a short span of time. For health artificial intelligence startups and venture funds alike, the opportunity orchard is blooming and the time is ripe to step in to build a lasting foundation which will create a legacy for the changing landscape of medicine in the subsequent decades. We’ve heard of concepts like the cloud hospital, the digital doctor, and the virtual patient. The question is, are you in?

Subscribe
Paging Dr. Robot: How AI Is Saving Lives and...
What Will the Future Hospital Look Like?
The Inevitability of Artificial Intelligence