Key Takeaway
In response to a lack of federal funding, issuers needed to incorporate additional cost into their premiums. #OWHealth #CSR #ACA
Share

Editor’s Note: After the Trump administration announced an end to cost-sharing reduction subsidies last October, Oliver Wyman Actuaries predicted soon after that more free Bronze Affordable Care Act Plans would emerge in time, especially given their earlier Wall Street Journal analysis of 2018’s rise in free consumer health insurance. This prediction is now reality. These experts also predicted one of the best ways to manage unfunded cost-sharing reduction subsidies was on-Exchange silver loading – an approach that many states allowed. This work demonstrated silver loading was a more advantageous option compared to loading all plans to maintain member loyalty. Below, we continue this cost-sharing reduction discussion onward.

In response to the administration’s decision to not fund cost-sharing reduction payments in 2018, issuers needed to increase premiums to offset the loss of this funding. State regulators took essentially one of four different approaches, described below. In our view, this “controlled experiment” confirms the operation of the invisible economic hand, even in highly regulated health insurance markets, and provides a set of observation points on price sensitivity in health insurance markets that are worth consideration from both regulators and issuers, including those considering implementing Section 1332 waivers.

CSR Funding Now a Thing of the Past

The Affordable Care Act (ACA) included a number of provisions to enhance the affordability of health insurance for individuals at lower income levels. These benefits were only available on coverage purchased through the Exchanges, and included both the Advanced Premium Tax Credits (APTCs) to reduce monthly out-of-pocket premium costs, and the Cost Share Reduction subsidies (CSRs) whereby health plan issuers reduce out-of-pocket payments for their lowest-income insureds and would receive offsetting payments from the federal government. Despite the ACA not explicitly appropriating funding for CSRs, health plan issuers were able to recover these amounts from the federal government from 2014 through 2017. However, in early 2017, the incoming administration announced health plans would no longer be able to recoup CSR payments from the federal government without an appropriation. On October 12, 2017, the Trump administration officially ended CSR payments.

In response to a lack of federal funding, issuers needed to incorporate this additional cost into their premiums. State regulators had some flexibility while guiding their issuers on how to approach rating CSR-associated costs within premium rating constraints imposed by the ACA. This resulted in a wide variation of approaches (even within states), with some States allowing for a load on on-Exchange silver plans, and other states requiring a broad-based loading across all plans.

Oliver Wyman previously estimated the potential impacts of non-funding of CSRs on APTCs (which are determined from the second-lowest cost on-Exchange silver plan), including the impact to Federal spending and the availability of low-cost/no-cost bronze plans. With the conclusion of open enrollment, we were interested to see whether there were observable differences across geographies implementing different approaches.

In the analysis that follows, each state was assigned to one of four specific implementation approaches:

Enrollment results were compared across these approaches. While not a statistically rigorous analysis, the results suggest pricing approaches have an observable impact on market composition. We would further note that data on off-Exchange enrollment is generally not available, which limits the analysis, especially for those individuals not eligible for APTCs or CSRs.

In the chart at the right, each point represents a state. States have been grouped based on how the state regulator planned to recover the cost of unfunded CSRs. The lines in the chart represent the average under each approach (with the high and low outlier removed). 2018 Exchange enrollment generally declined across all approaches to CSR loading relative to 2017 levels. However, as we expected, enrollment reductions were the least pronounced in states where pricing loads were applied only on silver plans. 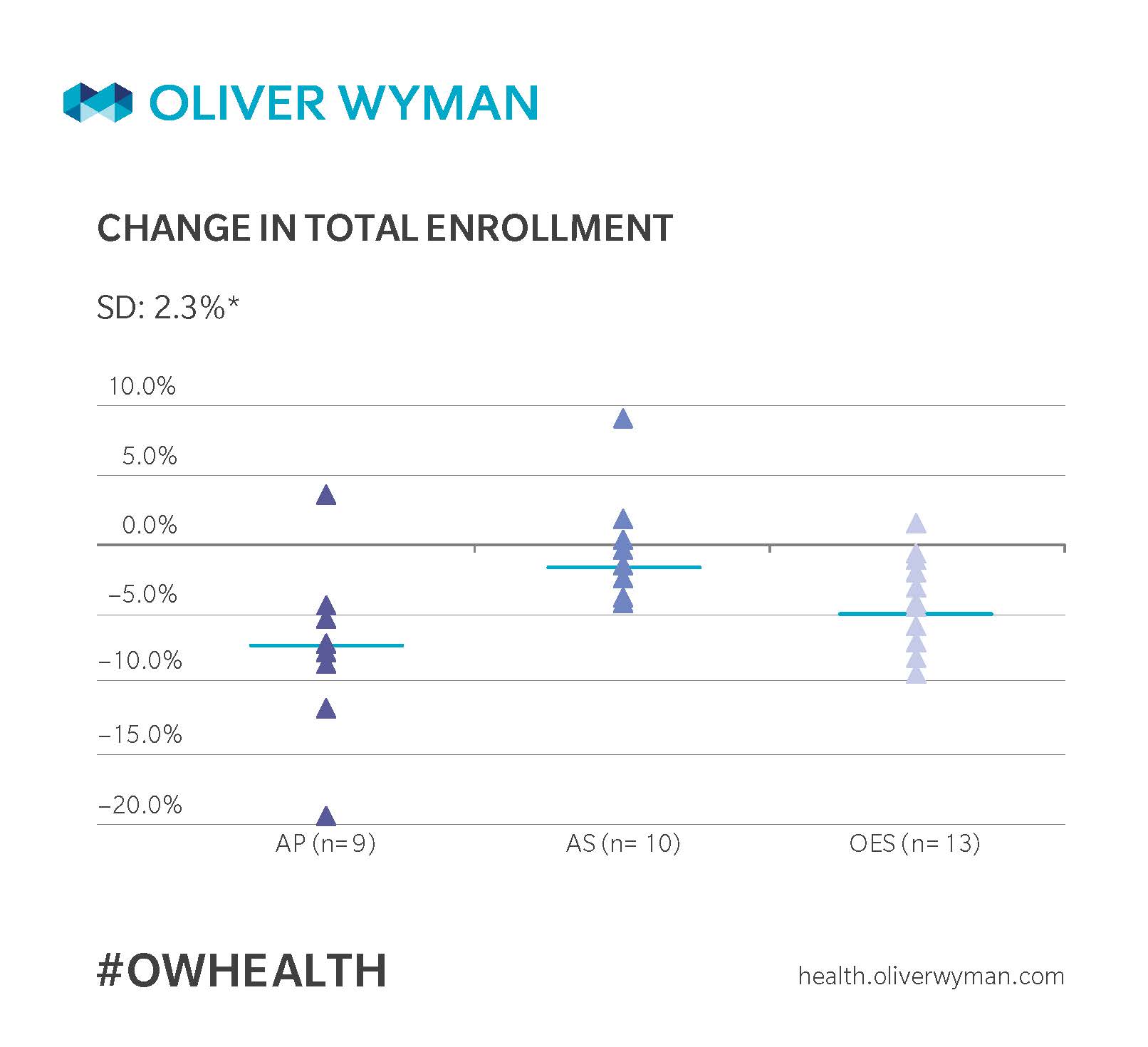 Observation 2: CSR Rate Loading on Silver Plans Only Associated with Shifts to other Metal Tiers

Higher income individuals who do not qualify for CSRs or APTCs were more likely to move away from the Exchanges in 2018. (This may be due to economic effects, other sources of coverage, or a shift to off-Exchange individual coverage.) Of those higher income individuals who remained on the Exchanges, more were likely to purchase a bronze plan in 2018 compared to the year prior, especially in those states where premium loadings concentrated on on-Exchange silver plans (resulting in a bigger price “break” for moving to a bronze plan).

Observation 4: Even Some CSR-Eligible Individuals Move Toward Bronze for Premium Savings

For lower income individuals, the enhanced coverage / risk protection from CSRs appeared to support continued enrollment in Silver tier plans. While small as an aggregate share, the data does show a shift toward Bronze plans (one that is relatively large compared to 2017 Bronze enrollment) where premium loadings were applied to Silver plans only, even at lower income levels. While this is happening only at the margin (Bronze enrollment remains selected by only about 1 in 8 individuals at these income levels), the results suggest a subset of individuals are making the trade-off in favor of immediate out-of-pocket premium savings, over enhanced coverage.

Subscribe
Analysis: Potential Impact of Defunding CSR...
A Proposal to Lower ACA Premiums by More than...
How States Could Leverage $5 Billion into More...