What Innovators, Transformers, and Supporters Had to Say at This Year’s StartUp Health Festival 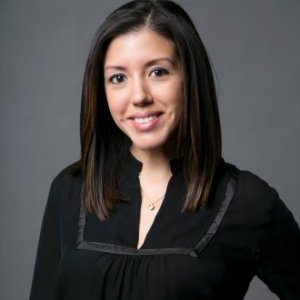 Key Takeaway
Heard at #StartUpHealth: "The way we view healthcare - it's a right, not a privilege." - Liz Dunne @PeaceHealth_Ore
Share

Attendees worked to becoming one step closer toward achieving these goals through dialogue, discussion, and debate. Over this two-day event in January, leaders from various industries and organizations, including the US Department of Health and Human Services, GE Ventures, Google, Johns Hopkins, and Verily, inspired a diverse audience on how to overcome some of the greatest challenges in the healthcare system.

Here were some highlights from this year’s festival:

Keynote with the Former US Vice President

Attendees nonetheless spent the event shooting for the moon and landing among the stars. One of these stars was the 44th Vice President of the United States, Joe Biden, who delivered an emotional and inspiring keynote address on the state of healthcare. Joe urged a standing-room only crowd that changes in healthcare cannot come any sooner, and that more industry-wide navigation is needed. He also shared his story of dealing with what he described as an “antiquated” health system when his son, Beau Biden, was receiving treatment for stage 4 glioblastoma cancer.

“This is not rocket science. It’s pretty simple stuff,” he said bluntly, urging the crowd of innovators to persistently work toward creating something better.

.@JoeBiden: “We are trying to create the cancer research enterprise and cancer health system that people think we already have.” #cancerFIERCE #startuphealth pic.twitter.com/fdaRg2jlyM

Joe stressed that healthcare is a field that brings everyone together, regardless of who you are or where you come from. “Cancer doesn’t respond to presidents, vice presidents, queens, or Congress,” he said regarding his son’s cancer battle.

Another mainstage highlight, the Children’s Health Moonshot, discussed how to advance children’s health across low socioeconomic regions. This session featured Esther Dyson, a member of the OWHIC Leaders Alliance, and executive founder of Way to Wellville, a five-community, decade-long challenge to improve population health.

Alongside executives from Boston Children’s, Seattle Children’s, and Accenture, Esther told entrepreneurs that although most of what start-ups are trying to sell works in theory, the true challenge lies in inspiring people to make a change and download your app, amidst a sea of competition.

Another notable session from the event is when Jo Schneier, CEO of Cognotion, Sally Poblete, Founder and CEO of Wellthie, and Vinay Gidwaney, CPO of Maxwell Health shared their personal stories of overcoming adversity to lead and succeed in healthcare.

“What matters is the unique voice that you can bring to the table,” Jo said.

Sally advocated for there to be more women CEOs in healthcare, technology, and governance, perhaps in a nod to the fact that there were apparently more men named Michael than female CEOs delivering company presentations at JP Morgan Healthcare Week.

Added Vinay, confidence is a key tool to ensure you do not throw in the towel too soon on your journey to success.

On display was an interactive art exhibit from The Strangers Project, which was also present last November at the Oliver Wyman Health Innovation Summit in Dallas. Here, attendees wrote and shared anonymous journal entries about some of their most memorable healthcare experiences. These stories were moving, powerful, and poignant and highlighted the broken system innovators and transformers are working to help fix. Check out some of these stories on their Instagram page.

A little bird (shhh!) told the Oliver Wyman team during the event that this reception was largely perceived as the hippest, coolest reception at all of JP Morgan Week. Cheers to that, and cheers to all the industry accomplishes in the year ahead!

Subscribe
Is It Time For a Space-Race Investment to Fix...
2018 VC Predictions with Lisa Suennen of GE...
What To Expect at the 2018 StartUp Health Festival