As the Affordable Care Act (ACA) 2018 open enrollment is about to start come November, we continue to see many uncertainties in the market. We have explored the potential impact of rate increases on enrollment based on data available through the first half of 2017. Our previous blog post highlights a few key ACA considerations for the coming year and predicts what’s next for healthcare insurers.

We now wait with anticipation to see whether or not the ACA is indeed affordable. Our findings (recently cited in The Wall Street Journal) are that for many the rising premiums are simply too high to bear.

The ACA’s subsidized population are mostly protected from premium increases, but with another round of double digit rate increases in 2018 non-subsidized enrollment in the individual market is likely to continue to decline. 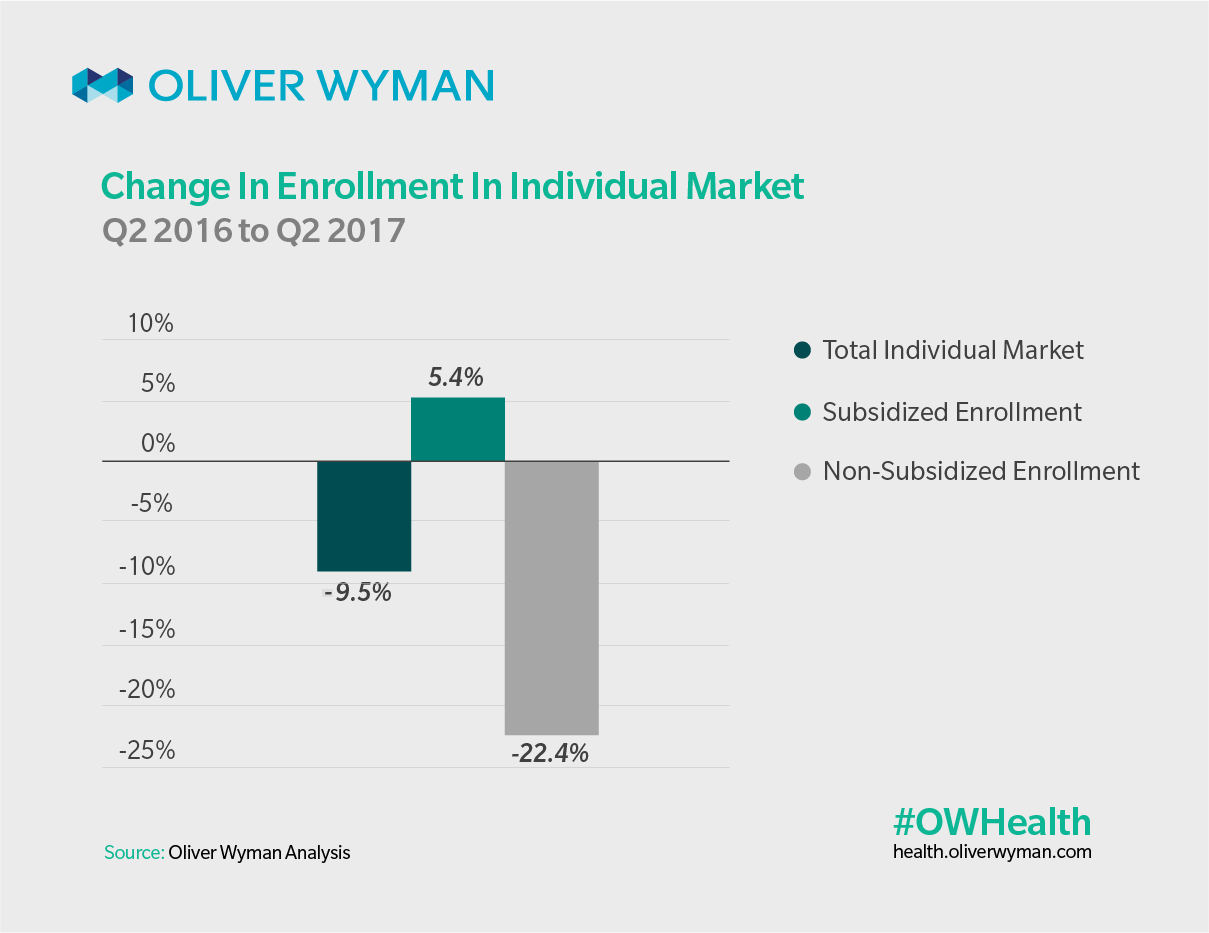 What’s next around the ACA bend

The key implication for the future of the ACA market is the negative impact that comes with less enrollment. We could see continued higher-than-trend rate increases in coming years, because the healthier, unsubsidized enrollees would be more likely to exit than those enrollees who are unsubsidized and unhealthy. At the same time, we expect subsidized enrollment to serve as stabilizer but will not be able to make up as much ground as is lost among the unsubsidized.

With an overall shrinking pool of enrollees, more carriers could decide to exit the market and that would make it more difficult for state regulators to ensure there are no gaps in coverage. States may turn to options to stabilize the ACA market available under a 1332 Waiver. Among other things, a waiver would allow states to apply for federal pass through funding for a reinsurance program, similar to what Alaska has done. As the share of the subsidized population along with the share of premium subsidies in the ACA market increases, a reinsurance program to reduce premiums would generate a higher amount of pass through funding available to the states. If the bipartisan Murray-Alexander bill passes allowing states greater flexibility regarding a 1332 waiver application and future funding of CSRs, the ACA market could potentially stabilize in due time.