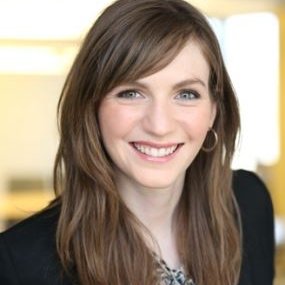 Since President-elect Trump’s unexpected win, there has been much discussion about how he and his Republican-led Congress might “repeal and replace” the Affordable Care Act (ACA). There is also ample speculation about how changes to the ACA will impact health insurers and people who obtained coverage via the Act.

Much less has been said, however, about how the Trump administration may impact life sciences companies. Yet one look at life science stocks reveals that the market is expecting big things for biopharma. How will President-elect Trump’s changes – or lack thereof – impact the industry?

What he has said, and what he hasn’t

The healthcare section of President-elect Trump’s transition website mentions pharma (albeit very briefly) in its goals to “advance research and development in healthcare” and reform the FDA. Creating an environment more hospitable to R&D and approvals would certainly be a positive for biopharma.

However, the president-elect has also indicated he may make moves that would create a less-positive climate for biopharma – at least initially. On the campaign trail, President-elect Trump stated he would remove barriers to importation of cheaper products, which could have severe biopharma impact. More specifics about the level and any limitations on imports (generics only?) are needed to truly understand the impact of this plan. For now, market expectations appear to be muted.

Candidate Trump also discussed allowing the Centers for Medicare & Medicaid Services (CMS) to negotiate drug prices, which could be viewed as negative for industry; however, the idea has not yet appeared on his transition website. PBMs are already aggressively negotiating lower prices. Without the ability to remove drugs from the formulary, CMS’ negotiating leverage is lessened. The net effect, as the Congressional Budget Office’s prior investigations have concluded, is that allowing CMS to negotiate drug prices would only have a “negligible effect” on drug spend.

Finally, the President-elect’s proposal to move to a 15 percent corporate tax rate does not impact healthcare directly, but would have a significant financial impact on life sciences companies. Flush with cash and a (likely) less-restrictive regulatory environment, an era of re-investment in development, co-development with other firms leading in their R&D areas, and even pharma mega-mergers could be re-ignited.

The biggest driver of pharma’s post-election stock upswing likely has less to do with President-elect Trump’s plans moving forward, and more to do with Hillary Clinton’s plans not moving forward. Clinton’s proposals included review of price increases; capping direct-to-consumer advertising and limiting marketing spend; prohibiting “pay-for-delay”; and allowing Medicare to negotiate drug costs. Not having to take on those fights has lifted both pharma’s spirits and stock prices.

The elephant in the room… ACA repeal

While a repeal of the ACA will have great impact on insurers, there are clear implications for pharma.

The Medical Device Tax, a 2.3 percent excise tax that went into effect in 2013 but on moratorium in 2016 and 2017, was called out for elimination in previous House replacement plans and is likely to be eliminated.

Another candidate for elimination, albeit a less significant one, is the Branded Prescription Drug (BPD) Fee. Under this ACA provision, a flat-fee excise tax was imposed on the branded-drug market, as a whole. Manufacturers with sales over $5 million must contribute to the flat fee, with each manufacturer’s contribution based on their share of the branded-drug market. For major biopharma companies, the fees could total in the low hundreds of millions. The flat fee started at $2.5 billion and is set to spike to $4 billion in 2017. Eliminating it would be a small but welcome win for biopharma’s coffers.

President-elect Trump has indicated that areas of the law highly popular with the public, such as guaranteed issue and allowing children to stay on parents’ coverage until age 26, are likely to be maintained. Closing of the Medicare “donut hole” and the increase in Medicaid discounts likely fall into this category, meaning that manufacturers would continue to pay these rebates.

Other aspects of a repeal would have less direct impact. The unwinding of public exchanges and the individual markets, along with the possible conversion of Medicaid to a block-grants program would likely increase the number of uninsured; this could mean fewer patients able to receive the medicine they require, and/or more patients using pharma-sponsored assistance and indigent programs, both impacting biopharma’s bottom line. That said, any loss of revenue from a shrinking patient pool is unlikely to outweigh the impact from the removal of the Medical Device Tax and BPD fees.

Should pharma still pay attention to the ACA-driven trends of value and increasing consumerism?

While most of the ACA’s provisions did not target pharma specifically, it had a profound impact on the entire health landscape. High deductibles, increased cost sharing, and an increased role of the patient as “consumer” have all contributed to the heightened scrutiny of drug value. Repealing parts of the ACA won’t change that; in fact, it will likely become exacerbated as consumers switch to using their own savings in the form of HSAs.

The genie won’t be headed back into the bottle – regardless of what happens with the ACA. Now, more than ever before, understanding patient cost-sharing is a critical element of drug strategy.

So how should biopharma prepare for the next four years?

As tempting as it may be to kick back and enjoy the rising stock prices, the most successful pharma companies will be the ones that prepare for the future: