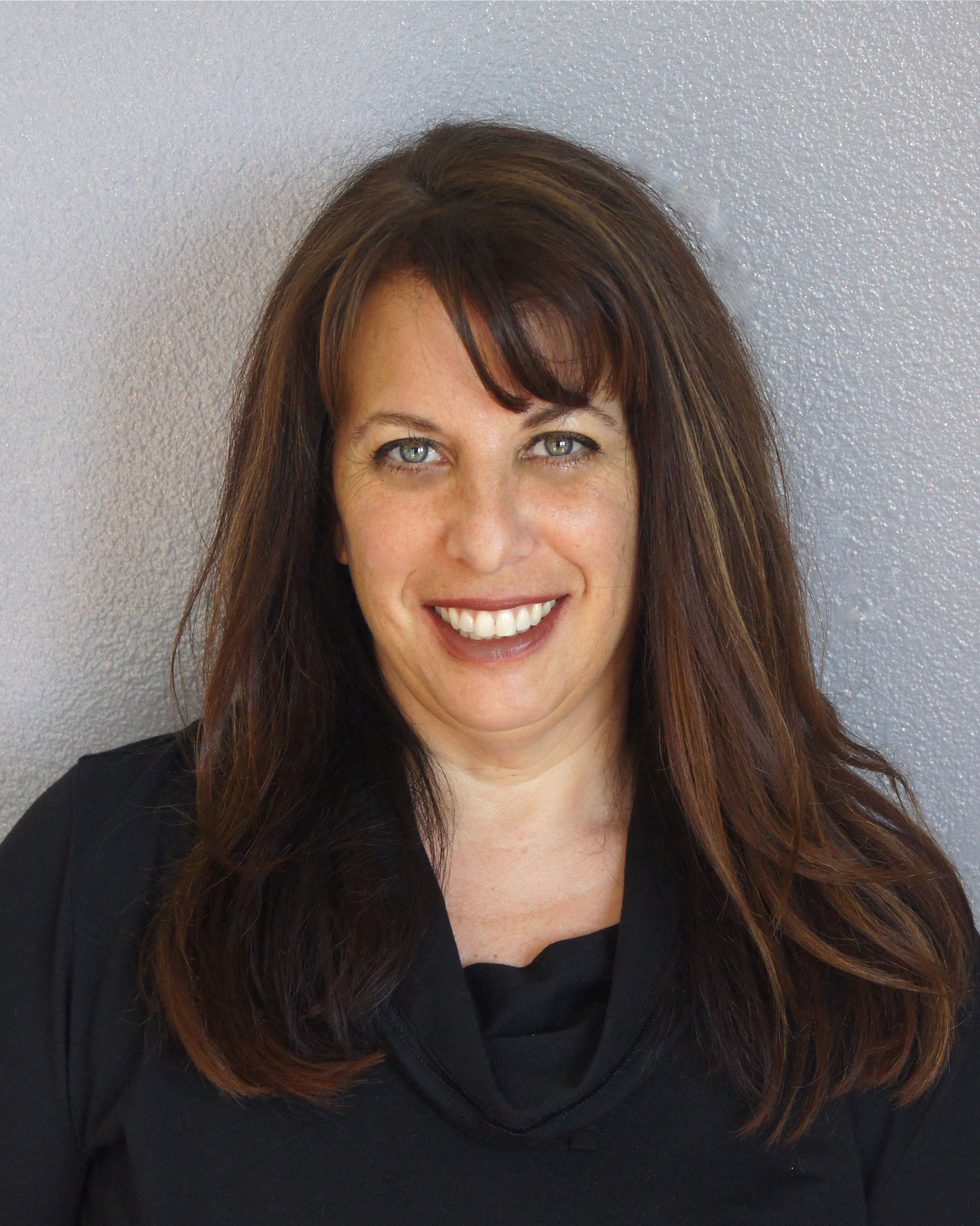 Key Takeaway
Tech world so enmeshed in #healthcare, it's getting hard to tell where lab ends & coder begins - @VentureValkyrie
Share

Lisa Suennen is Managing Member at Cardeation Capital and Managing Partner at Venture Valkyrie Consulting, which provides investing and digital health strategy services to venture firms and for-profit and non-profit healthcare companies. A board member and advisor to several healthcare IT startups, funds, and large corporations, she recently participated in a panel at the Milken Institute's 2016 Global Conference. She shared a recap on her blog, republished below, that highlights a number of unique partnerships between high tech and healthcare:

Every year the Milken Global Conference pulls together an amazing cadre of people for discussions of a myriad of topics, from politics to energy to healthcare to technology and entertainment. There are few places where one can simultaneously sit in the green room with Vicente Fox, Sean Parker and Kobe Bryant, but this was the place to be if you like to be the least famous person in a room. FYI, of the four of us, I am the only one without my own Wikipedia page.

And I was in that room because I was fortunate enough to be asked to participate in a panel at the program called: The Search for Cures Leads to Silicon Valley. I was paired with a really interesting group for the panel, including Lindy Fishburne, executive director of, Breakout Labs and senior vice president of investments at the Thiel Foundation; Linda Avey, Co-Founder, Curious, Inc.and Co-Founder, 23andMe; Noah Craft, Co-Founder and CEO, Science 37; Lloyd Minor, Dean, Stanford University School of Medicine and Asha Nayak, Chief Medical Officer, Intel Corp. I know, no sports figures, international presidents or Facebook founders, but wow – a pretty august group where I got to stand out for my considerable lack of initials after my name.

The description for the panel was this: “The tech titans of Silicon Valley are joining the search for cures. Leading companies such as Google, Apple and Intel are helping refine methods for collecting and analyzing of vast amounts of medical data to assist medical researchers. As the industry devotes its best minds to creating better tools for research, young philanthropists from the tech world are asserting their influence and bringing tech industry ideas and approaches to accelerate medical progress. Could this be a disruptive force in medical research, helping shrink the time and cost of bringing treatments to patients? Can we make Moore’s Law work in the search for cures?”

It’s a very interesting topic as there has, it seems to me, been a big shift in thinking of late about who should be in the business of finding cures. Of course we all think of this as the purview of academic medicine and big pharma. These traditional players are all too familiar with the glacial pace of drug discovery, which can feel like the opposite of the way information technology works. In fact, some call biotech a domain of ‘Eroom’s Law’ because it’s Moore’s Law spelled backwards. But these days, big data (sorry, I hate this term too – taking nominations for new replacement buzzword to hate in the future), has many people re-thinking the current norms of biomedical research and drug discovery. People outside the world of Big Pharma and big universities are helping lead the way.

The list of tech titans who have found themselves at the heart of the matter is becoming longer and longer. On the company side, in addition to Apple, Google, Intel, we are seeing Amazon, Oracle, Facebook, IBM and others look for and find ways to partner with healthcare leaders to play a role in the next generation of medicine. On the people side, it’s tech billionaires such as Peter Thiel, Sean Parker, Mark Zuckerberg and Larry Ellison who are putting their personal tech fortunes to work to find cures and advance the medical field. For instance, Parker has just put $250 million behind the Parker Institute for Cancer with a stated mission to advance cancer immunology. Thiel funds Breakout Labs, an incubator/accelerator for life science (and other) technologies that wants to “jailbreak [scientists] from existing research institutions and set them free.  We want to champion technology that has the potential to change the world and take our civilization to the next level.”

The high technology world is becoming so enmeshed in the healthcare world that it is becoming hard to tell where the lab ends and the coder begins. And the promise is intriguing.

In the old days, like 5 years ago, the traditional healthcare players would buy technology to aid in their endeavors and then never talk to those IT players again. In the new regime, there is an active partnership model emerging that blurs the lines between medicine, machine and mountains of data.

For instance, we have IBM Watson and MD Anderson Cancer Center starting a significant joint effort to find cures and causes of cancer, as have Intel, the Knight Institute at OSF and Dana Farber in the Collaborative Cancer Cloud; the American Heart Association, Astra Zeneca and Google have teamed up to fund a cure for coronary heart disease through One Brave Idea.   Medtronic and Qualcomm are working together to build the world’s smallest continuous glucose monitor and track data that will advance treatment. The FDA has paired up with DNA Nexus to create “precisionFDA”: an open source, cloud-based tool for researchers, the makers of next-generation sequencing diagnostics, and others to pool and share genomic information in a single online repository which they call a “collaborative cloud community.” Medical device maker Philips is working with Amazon to create a broad-based Internet of Health Things platform to create better clinical insights that drive prevention and better treatment. And of course there’s Calico, the progeny of Google and Genentech which aims to end death, or at least postpone aging and thus improve the fortunes of plastic surgeons for all eternity.

Even stranger bedfellows are emerging, such as that between Stanford University School of Medicine and a bunch of video game enthusiasts who were recruited to help find cures for tuberculosis in the OpenTB Challenge. According to the Stanford lead on this project, Rhiju Das, over 1.2 million gamers worldwide are playing games on line that are directly tied to cancer and genetics and small molecule identification. World of Warcraft meets Drug Discovery – a nerdgasm in the making. Ironic to think of all those unhealthy coders sitting around among their Cheetos and Coca Cola bottles finding cures for the world’s ills, but what the hell? May as well try.

The high technology world is becoming so enmeshed in the healthcare world that it is becoming hard to tell where the lab ends and the coder begins. And the promise is intriguing. Technology companies are often much better at thinking about user-centered design and design thinking than the healthcare industry has been. If you are one the of zillions of healthcare leaders talking about how important it is for patients to actively engage in the quest for cures, this could be a real advantage of partnership.   Just the introduction to new ways of thinking could be a real boon to the traditional clinical development world. Can you imagine how interesting it would be to be in a room full of Silicon Valley technologists and old school drug discovery people? Talk about taking the culture out of the Petri dish and into the fire. But it’s the collision of new with the tried and true that results in great ideas, even if the heart rates of tech and healthcare tend to run at different rates.

Everyone who makes technology for business, regardless of target market, highlights the incredible efficiencies to be gained and the advantages of analytics in creating speed, personalization and precision. Those are the words that haunt healthcare leaders’ dreams, mostly because they haven’t been able to achieve them in the past. With the advent of new technologies and especially partnerships with those who live among them, perhaps we can, as Silicon Valley loves to say, actually “make the world a better place.”