As the healthcare industry steadily transitions from fee-for-service (FFS) to value-based payment models, the role of the provider is rapidly transforming. More and more, we are seeing health systems and physician groups move up the value chain and become risk managers, rather than volume-drivers. As a result, the line between the traditional roles of payer and provider is blurring. We expect this trend to continue for the foreseeable future, driven by ongoing regulatory and competitive pressure, as well as emerging market opportunity. Oliver Wyman’s Melinda Durr, Parie Garg, and Timothy Abbot have worked closely with many stakeholders on the forefront of this movement. Here they share five observations about the evolving role of the provider as a risk manager:

MA plans are partnering with providers in value-based arrangements to control benefit costs and drive differentiated quality outcomes. Basic forms of payer-provider partnerships such as bundling, performance-based payments, and gain-/risk-sharing have long been ubiquitous in the market. As the market has evolved, we are seeing an increasing number of providers move up the value chain and offer their own MA plans, assuming the role of both provider and payer. 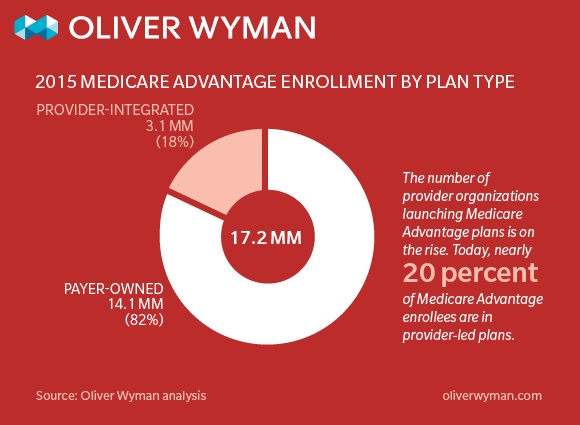 2) Provider-led risk managers have an inherent edge in the MA program; those that effectively harness these advantages can win big. 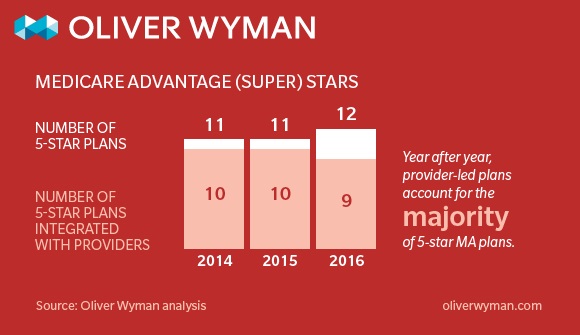 3) Managed Medicaid has traditionally harbored less provider-centric value-based activity than MA; however, evolving market and regulatory dynamics are making it an emerging imperative.

While many providers have experience managing Medicaid populations, risk-bearing arrangements are limited relative to the MA space. This is partly attributable to the growing Managed Medicaid market. However, several regulatory and market dynamics are stimulating evolution of the role of the provider in Managed Medicaid and accelerating movement towards risk arrangements. 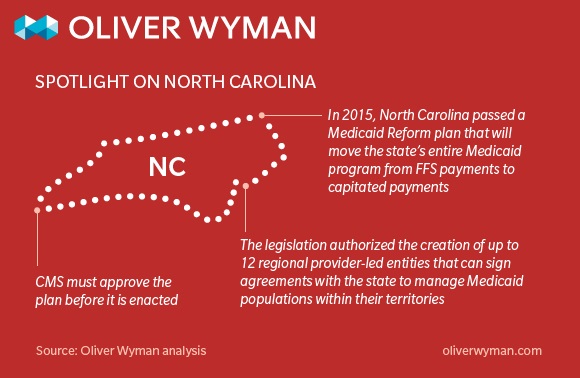 4) Despite inherent advantages, there are no guaranteed wins for provider-led risk managers; for every Kaiser, there is an Optima.

Many providers aren’t experienced at managing risk and do not possess the requisite administrative and strategic competencies to assume the role of a health plan. For every success story like Kaiser, there are instances of providers who rushed into the market, suffered substantial losses, and were forced to exit. Medicaid, in particular, has been a challenging market for many providers, even without bearing risk. As a risk-bearing provider, you have to be prepared to weather the storm and manage potential losses at the outset.

5) Strategic, calculated, and purposeful market entry and portfolio management is critical for success.

There are many different ways for providers to bear risk in the Medicare Advantage and Managed Medicaid markets – be it through risk-based arrangements with local payers, launching payer-provider partnered products, or even establishing their own health plans. And for each route, there are critical imperatives for success. New entrants must have a very purposeful strategy to succeed against incumbents in a highly competitive market.

As the healthcare landscape continues its shift to value, providers are primed to take on a bigger and bigger piece of the pie. However, success is far from guaranteed, and there will be clear winners and losers. The early steps that providers take in their evolution to risk managers are make-or-break and must be grounded in a sound and purposeful strategy.