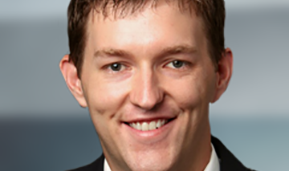 In January the Centers for Medicare & Medicaid Services (CMS) issued the Covered Outpatient Drugs (CODs) Final Rule that ends a prolonged lack of clarity related to the Medicaid Drug Rebate Program (MDRP) and pharmacy reimbursement. The Final Rule implements substantive changes to the Medicaid program in order to improve access and ensure long-term sustainability. Parie Garg and Peter Emigh, with our government programs team, provide an overview of implications for key stakeholders:

Drug costs, particularly specialty drug costs, have been rising at a dramatic pace. Medicaid’s drug rebate program was failing to secure competitive rebates and required redress. While the Affordable Care Act (ACA) laid the groundwork for this overhaul, the COD Final Rule provides the much-needed detailed guidance to ensure the sustainability of the MDRP.

The Final Rule accomplishes a lot; namely, it provides a regulatory definition for AMP, updates the FUL formula for the payment of multi-source generic drugs, extends rebates to CODs provided by Medicaid managed care organization plans (MMCOs), revises the definition of “states” to include the U.S. territories, and clarifies pharmacy reimbursement to be based upon “actual acquisition cost” (AAC) plus allowable professional dispensing fees. The Final Rule goes into effect in April 2016, except for the inclusion of U.S. territories, which is delayed until 2017.

With such a broad scope, a variety of stakeholders are impacted in a significant way. Generally speaking, payers – namely CMS, the states, and MMCOs – come out ahead with an expansion of the MDRP and a revised approach to calculating reimbursement caps delivering multi-billion dollar cost savings. Pharmacies are both negatively and positively impacted: AAC-based reimbursement will likely reduce revenues while reimbursements for pharmacist services may constitute a new revenue stream. Pharmaceutical manufacturers are, for the most part, worse off as the expansion of the MDRP is at their expense.