A Story in 4 Charts: Risk Adjustment in the Non-Group Market in 2014

Under the Affordable Care Act (ACA), the Centers for Medicare & Medicaid Services (CMS) was tasked with implementing a risk-adjustment model for ACA-compliant business in the commercial non-group and small group markets beginning in 2014. The risk-adjustment model is one of the “premium stabilization programs” Congress wrote into the law and was intended to “reduce or eliminate premium differences between plans based solely on expectations of favorable or unfavorable risk selection.” In what follows, Kurt Giesa, head of Oliver Wyman Actuarial Consulting’s Healthcare Practice, presents four charts summarizing the impact of the model:

Taken together, the four charts below tell the story of risk adjustment in the non-group market in 2014. Each point in these charts represents an issuer’s experience in a state, and the y-axis in each of the charts shows the issuer’s risk-adjustment receipts per member per month (PMPM). A positive receipt means the issuer received funds through the risk-adjustment model, and a negative means the issuer paid into the system.

We think these charts show that, while there are certainly outliers, and there likely is room for improvement, from a nationwide perspective, the CMS-operated risk-adjustment system has contributed positively toward the intended objective of allowing issuers to compete on bases other than risk selection. 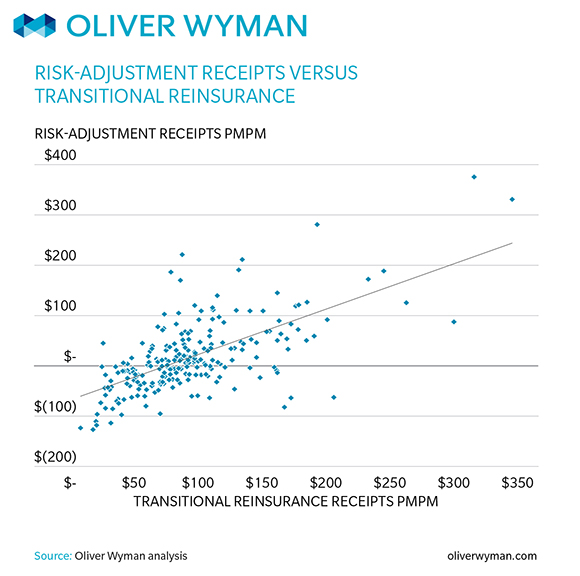 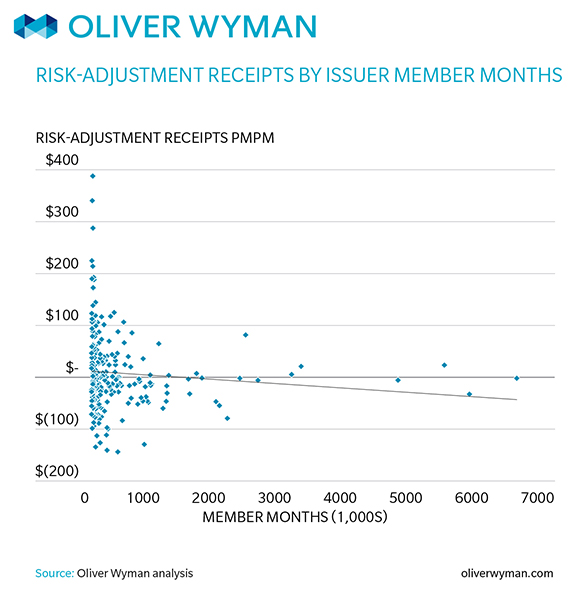 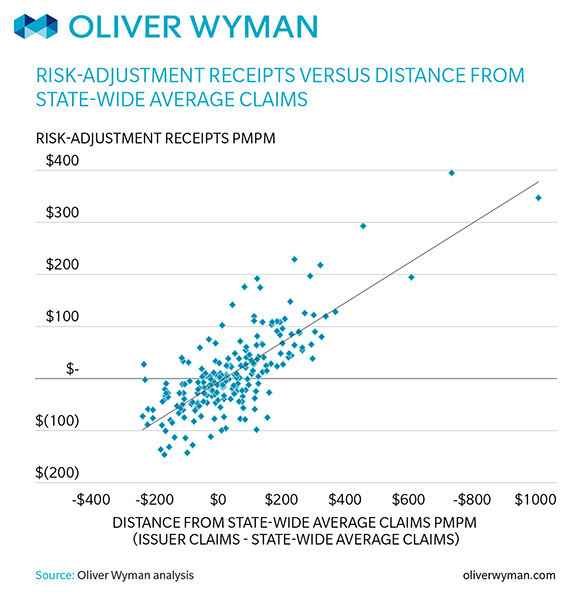 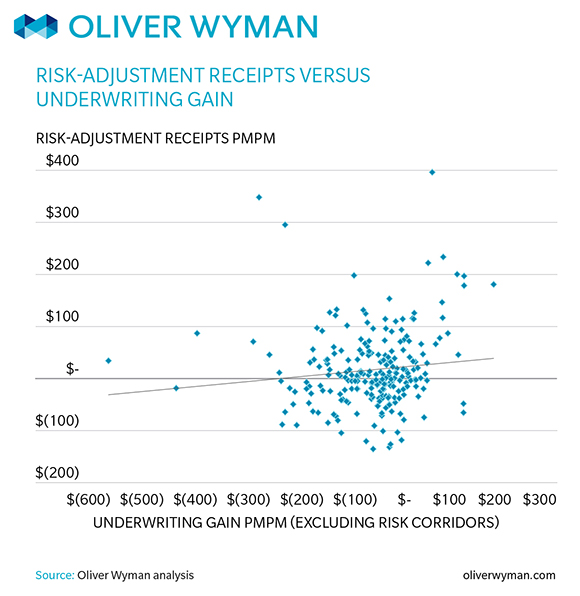 A word on data: The results as presented make use of the data as reported by issuers in their MLR reports. We did not audit or validate this data. It is not possible given the data available to adjust the data for differences among issuers in provider contracts and reimbursement levels, care management capabilities, issuers’ efforts related to managing the risk-adjustment process, or a number of other of the characteristics of the issuers’ business that could have an impact on the results we present here. In addition, 2014 was the first year of the operation of the risk-adjustment system. We expect that issuers’ ability to submit complete and accurate data will improve over time as they become more familiar with the risk-adjustment system. For this and other reasons, the results from 2014 may not be representative of results in the future. The data used in this analysis are available here. In developing these charts, we excluded issuers in a state if they had less than 12,000 member months in that state to remove excess variability from the results. We also excluded issuers from Massachusetts (because Massachusetts operated its own risk adjustment system in 2014), West Virginia (because there was only one issuer operating in the state), and Vermont (due to its merged market).