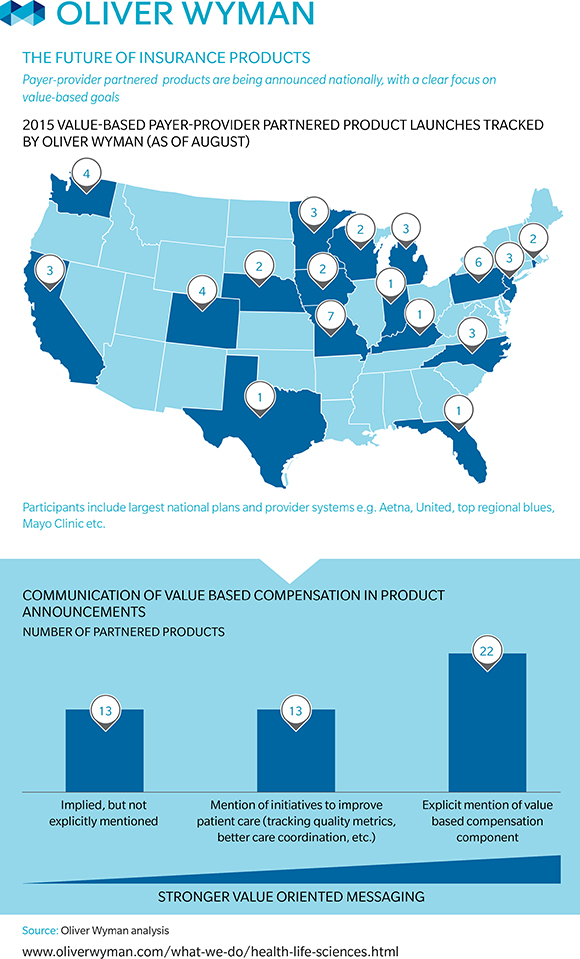 A team led by Oliver Wyman’s Tomas Mikuckis and Shyam Vichare has been observing payers and providers work more closely in the marketplace. The results of their monitoring program confirm the growth of partnered products built around value-based compensation: As of August 2015, the number of yearly announcements of payer-provider partnerships had quadrupled since 2012, when Oliver Wyman began its monitoring initiative.

Vichare says they expect more public announcements as open enrollment for Affordable Care Act exchanges and Medicare Advantage approaches, both around partnered products and other similar initiatives. Oliver Wyman’s recent report “Payer-Provider Partnerships: The Future of Insurance Products” explains why partnered products matter and how both providers and payers can make them a core part of their strategies.