Best wishes to the panel and the extraordinary leaders from around the world gathered at this event. Your continued leadership will help ensure that we win in the fight against Ebola.

From the UK Prime Minister’s Office:

This event ‘Responding to Ebola’ fully reflects the priority the UK attaches to fighting Ebola and global health security, which the Prime Minister set out in his recent visit to Washington. Through our action in Sierra Leone, the US action in Liberia, France in Guinea – we are beginning to turn the corner in our fight against Ebola. But as the Prime Minister and President Obama set out last week, we must improve how we face down the threat from diseases and get better at responding collectively to these global health emergencies. The Prime Minister has set out two specific areas where he would like to see immediate progress prior to the G20 at the end of this year:

We look forward to hearing the outcomes from today’s discussion, and to exploring these issues further in coming months.

#WEF15 by the Tweets. Join in the conversation on Storify and the Oliver Wyman Tagboard:

This morning's #WEF15 "Responding to Ebola" got a conversation started. Keep it going here: http://t.co/K8f2aPxrWH 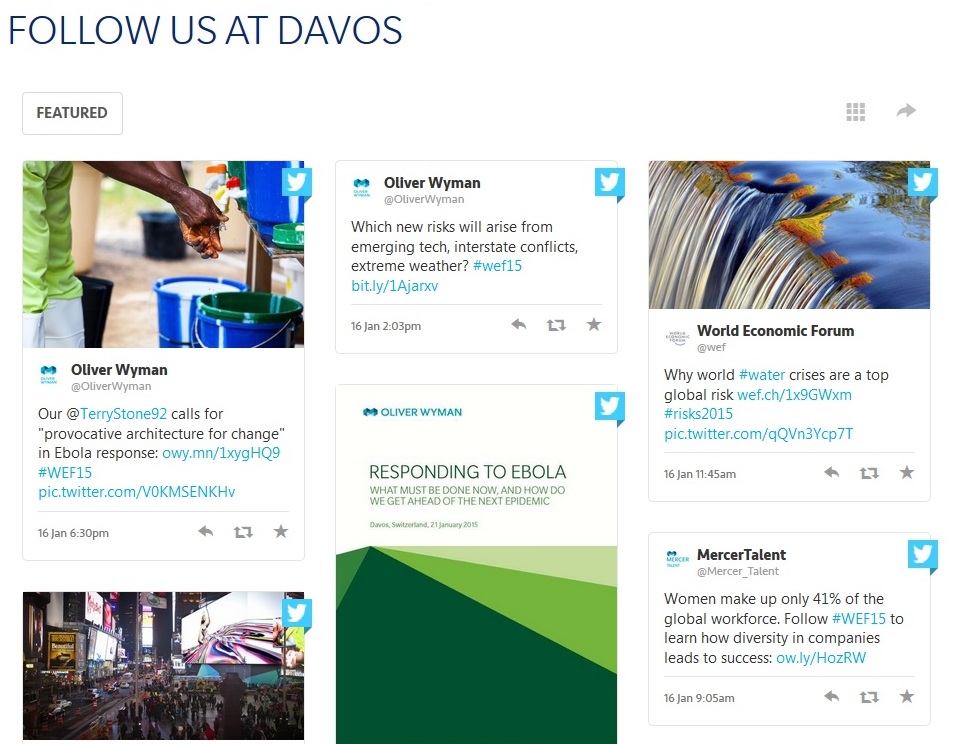